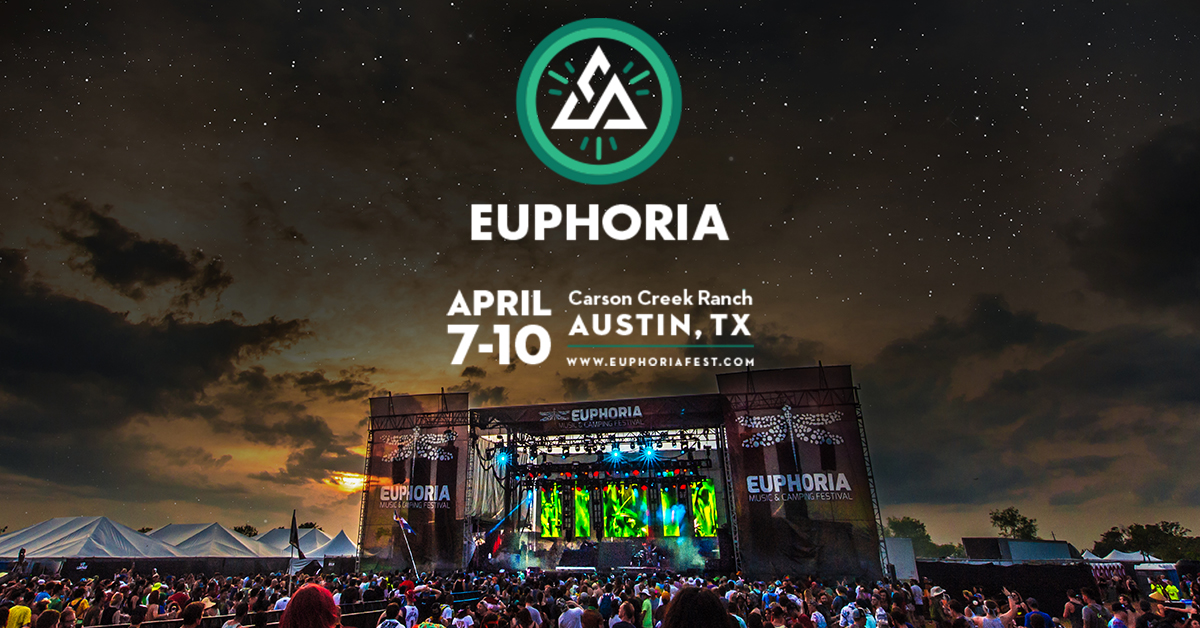 Bassnectar was previously announced as a headlining artist, and today Dillon Francis, STS9, GRiZ, Juicy J, and Tycho were added to the top of the list of performers. Also included are Lettuce, Lil Dicky, Nahko & Medicine for the People, The Polish Ambassador, Com Truise, Goldfish, Loudpvck, Branchez, The Motet, and more (see full lineup poster below).

Euphoria is held at Carson Creek Ranch, located just minutes from downtown Austin. Tickets for the music and camping festival are priced at $119 for a general admission pass. Tickets with camping included start at $179. A variety of VIP pass options are also available.

Euphoria Music Festival is open to ages 18+ and is produced by Vivid Sound Entertainment. 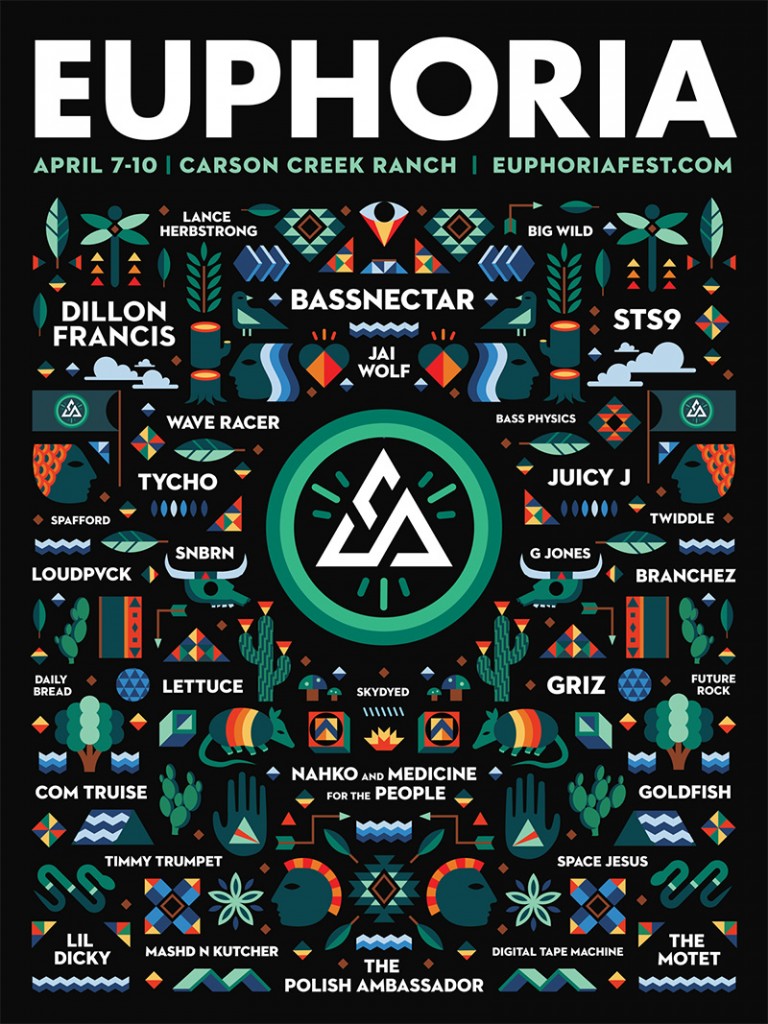