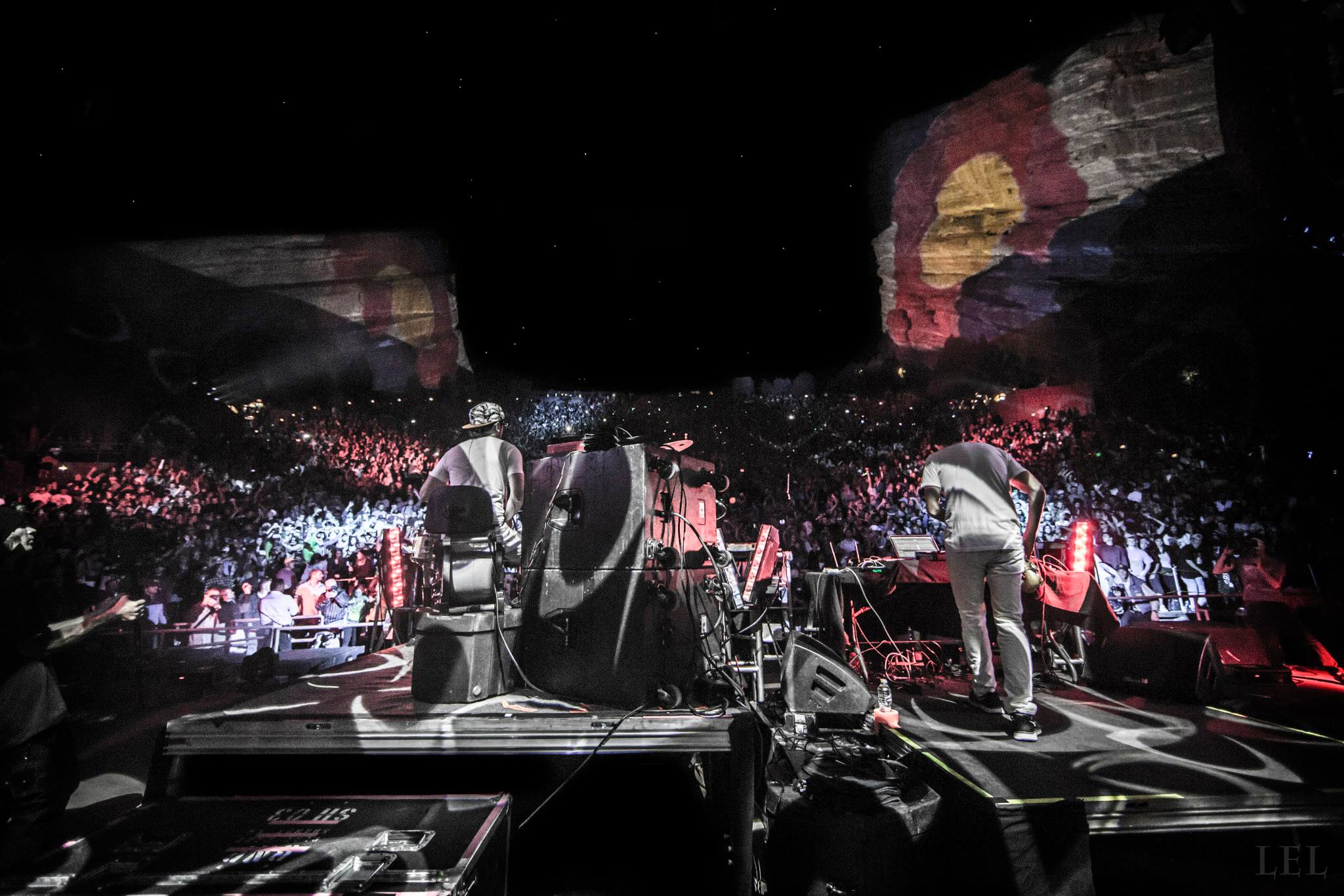 Big Gigantic will once again take over the iconic Red Rocks Amphitheater in Denver for a third installment of their “Rowdytown” show this September.

Expanding to two days this year — Sept. 26 and 27 — Rowdytown III will feature the Boulder, Colo. duo of saxophonist and producer Dominic Lalli and drummer Jeremy Salken, along with an impressive list of supporting talent to be announced at a later date.

Tickets for Rowdytown III go on sale to the public this Fri., April 4 at 11 a.m. CT. A special fan pre-sale begins at the same time on Wed., April 2.

Rowdytown has constantly been a fan and critic favorite beginning with its sold-out debut in 2012. Joined by Macklemore & Ryan Lewis, Dillon Francis, GRiZ, and Raw Russ, the inaugural event also marked the first time projection mapping had been used to display visuals on the venue’s giant rocks.

The visuals continued to improve for the second installment in 2013 with even bigger lighting rigs and twice the projection mapping. Adventure Club, Carnage, and Manic Focus joined for support.

The duo also released their latest album — The Night is Young — earlier this year. It’s available for free download via biggigantic.net.