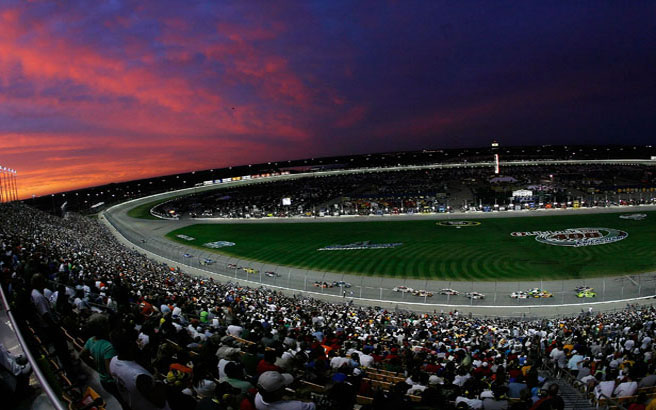 Information continues to surface supporting our report last week that Insomniac Events will bring their world-famous Electric Daisy Carnival (EDC) to Chicago this Memorial Day, May 24-26, 2013.

While there’s still no official word from Insomniac, CEO Pasquale Rotella replied to several Tweets on his personal profile from eager festival goers late yesterday evening, further confirming that he is indeed producing an event in Chicago of “massive” size.

“I can’t wait to announce what we have in store for Chicago,” said Rotella via Twitter.

He went on to say they are not revealing whether the event will be named and marketed as Electric Daisy Carnival, but he responded to another question that he’s working on “something special in Chicago.”

Insomniac produces a number of other themed festivals in California and Texas — including Nocturnal Wonderland, Beyond Wonderland, and Escape from Wonderland — so it’s possible one of those branded events could also arrive in Chicago.

Since the EDC Chicago rumors started spreading last week, many have speculated as to where an EDC Chicago could be held. Rotella has now hinted at the size of the venue in another Tweet.

Chicagoland Speeway was originally rumored to be a possible location, though capacity there (75,000) is almost half that of EDC Las Vegas’s home at the Las Vegas Motor Speedway (142,000). It’s not sure whether the Chicagoland Speedway’s capacity only factors in seated or total venue capacity. However, Chicagoland Speedway representatives have told Electronic Midwest via phone that no events are currently scheduled at the track for Memorial Day Weekend.

Soldier Field, home to Spring Awakening Music Festival (SAMF), holds a capacity of 65,000 and it’s unlikely the two events would be held at the same venue within a few weeks of one another, though no dates have yet been announced for SAMF.

With the lack of a large enough venue and strict noise curfew regulations, we suspect this event will be held outside of the city. It’s also quite possible it could be held at an unconventional non-commercial piece of land, similar to the approach taken by festivals like Electric Forest.

The Chicago event would be part of the “Road to EDC,” as series of smaller festivals leading up to the main EDC in Las Vegas in June. In 2012, such events were held in in New York, Puerto Rico and Orlando.

A number of “EDC Chicago” Twitter accounts and Facebook pages have been established over the past week, but none are assumed to be legitimate.

No additional news surrounds the assumed defunct Future Sound Dance Music Festival, which was originally scheduled for the same weekend in May. We have been told anyone who has purchased a pre-sale ticket for that event is entitled to a refund via Wantickets.