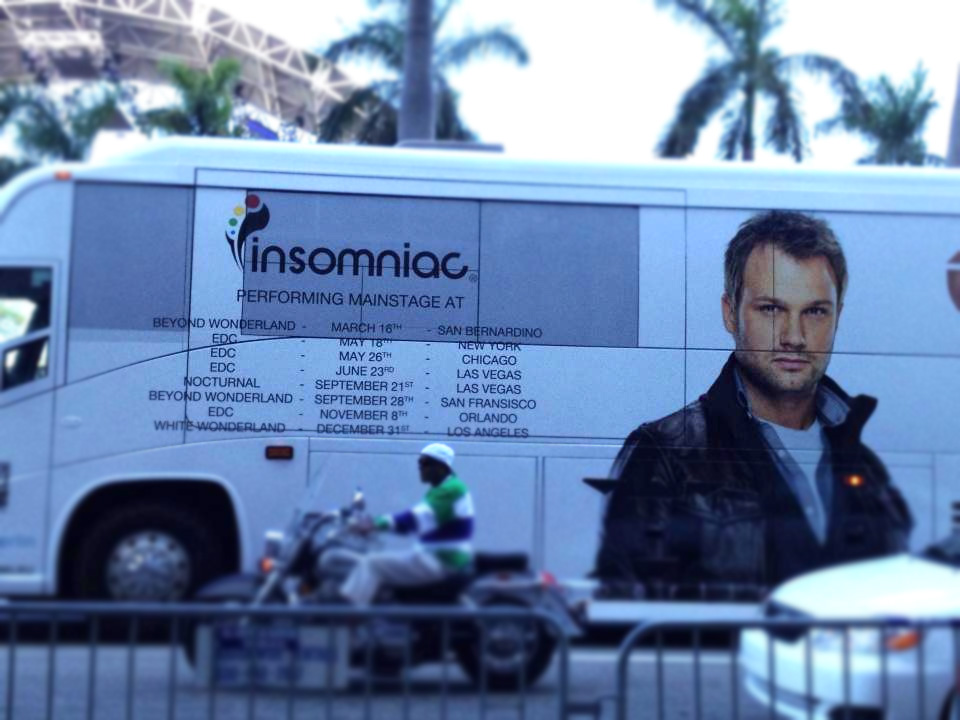 Dash Berlin has announced a number of performance for the rest of 2013, many of which were previously unannounced dates and locations for Insomniac festivals in Southern California, Las Vegas, Chicago, New York, Northern California, and Orlando.

Many fans were tipped off by public events created via Dash Berlin’s Facebook page on Monday, but a passenger bus (pictured above) circling the streets of Ultra Music Festival in Miami this past weekend also promoted the list of his main stage performances at upcoming Insomniac festivals.

Fans will be most interested to see the debut of Nocturnal Wonderland in Las Vegas instead of Southern California and dates for Beyond Wonderland Bay Area and EDC Orlando.

While nothing is official until Insomniac makes an announcement, a performance announcement from an artist as well known as Dash Berlin is considered highly reliable.