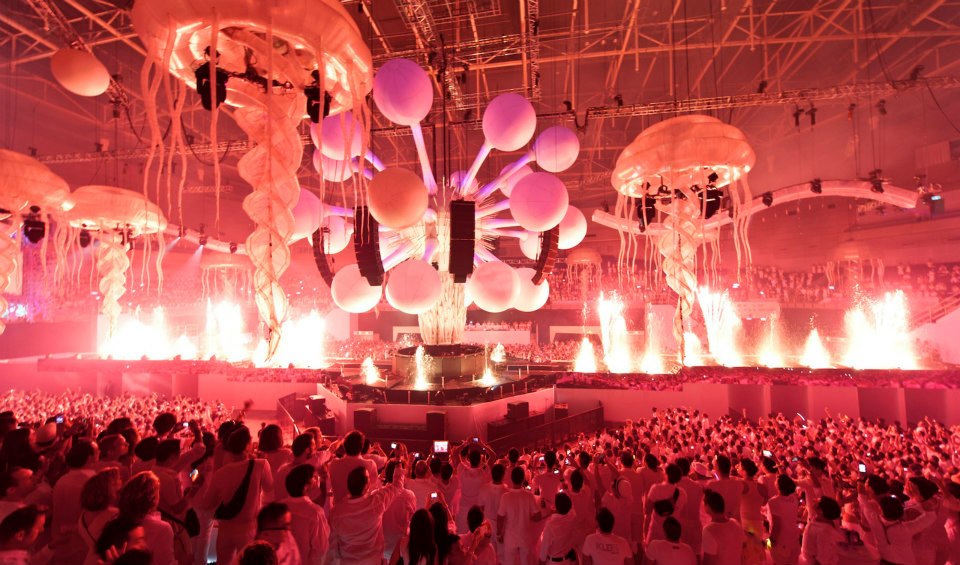 Sensation will present to U.S. audiences “The Ocean Of White,” an underwater themed show that premiered in Amsterdam, toured all over the world and performed last weekend in front of 30,000 people at the first Sensation Canada.

Tickets will be available via Sensation.com, Ticketmaster.com, charge by phone (800.745.3000) and selected Ticketmaster outlets.

Sensation — the stadium-sized sensory-overload dance party — was launched in 2000 by ID&T, the same producers of Tomorrowland and now Tomorrowworld. To date, Sensation has been replicated over 80 times before millions of people worldwide, all dressed in white.

Similar to Tomorrowland and Tomorrowworld, Sensation attendees are asked to become “Club Members,” to get access to pre-sales and exclusive event updates.