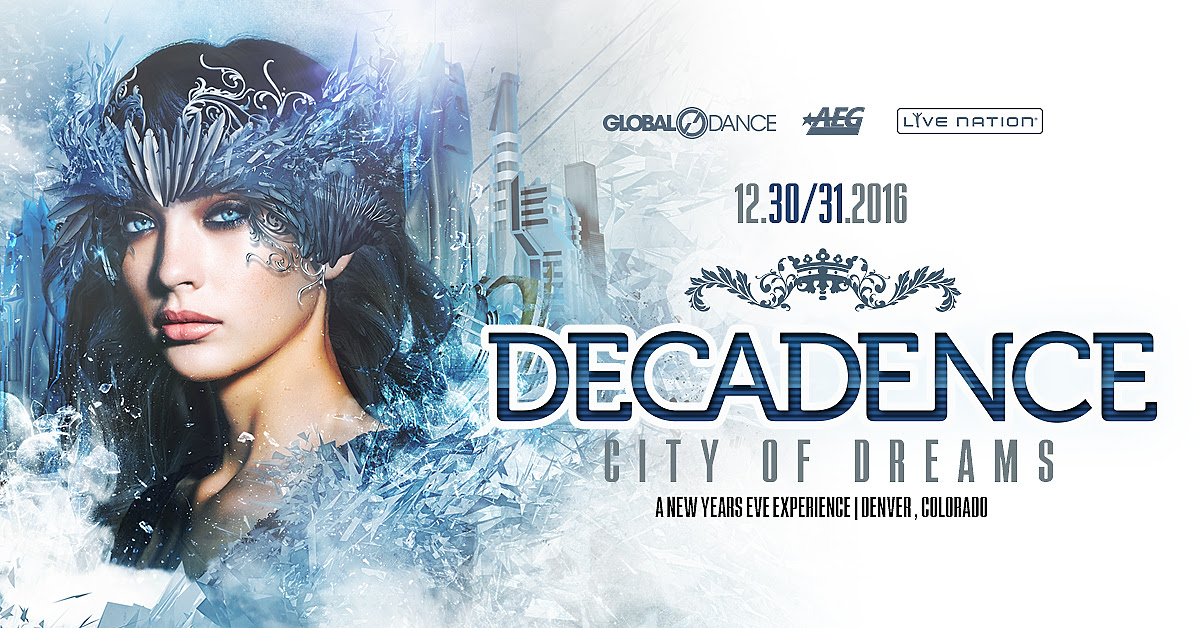 It was also reveled that this year’s theme will be City of Dreams. From the organizers:

“For two thrilling nights attendees are invited to let reality and regrets melt away and become citizens of Decadence, the wondrous metropolis that makes up America’s largest New Year’s Eve dance celebration. The ostentatious Colorado Convention Center will transform into a breathtaking City of Dreams, where luxury meets fantasy, mischief and self-indulgence are encouraged and imagination takes center stage. Tens of thousands of music lovers from around the globe will gather to cast their worldly identities aside, explore the mysterious adults-only playground and seek out their heart’s desire as they journey into 2017.”

GA and VIP two-day passes and single-day tickets with payment plan options are on sale now.