EDC Chicago not likely to return in 2014 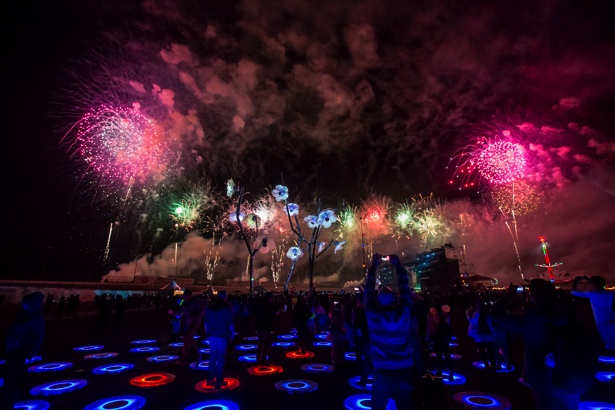 Electric Daisy Carnival (EDC) is not likely to return to the Windy City in 2014.

“[It’s] not looking good for this year,” said Insomniac CEO Pasquale Rotella in response to a fan tweet asking about EDC Chicago‘s fate.

“We’ll be back though,” he reassured fans.

Held over Memorial Day weekend at the Chicagoland Speedway in Joliet, Ill., EDC Chicago attracted over 25,000 attendees and injected an estimated $26 million into the local economy according to a post-event report.

But aggressive complaints from neighbors about noise levels and a late end time raised concerns among members of the Joliet city council.

Insomniac vowed to fix the sound problems and end the show earlier if allowed to return.

But scheduling conflicts with the venue may not have given the city council the chance to take an official stance.

“The city has been in contact with representatives of the Chicago Raceway and have learned that Insomniac and the Raceway could not come up with a mutually compatible date for 2014,” said Joliet City Manager Jim Hock in an email to Electronic Midwest.

“Joliet supports Electric Daisy Carnival and other music venues utilizing the Raceway as a location to bring cultural events to the area.”

“After much discussion on how to make the event beneficial for all parties involved we were unable to agree upon a 2014 date,” said Patrick Kenny, communications manager for the Speedway.

“Part of those conversations included addressing the sound concerns and end times.”

Former Jolet City Manager Tom Thanas, a strong supporter of EDC, left his position in mid-November but noted the significance of the economic impact report findings.

“It confirms that the event had a substantial impact on the local economy, as I had anticipated when I recommended approval of the event,” he said.

Chicago is one of six host cities for Electric Daisy Carnival, joined by Orlando, New York, Puerto Rico, London, and Las Vegas. EDC Las Vegas is the largest and most elaborate of the list, attracting over 300,000 attendees over the three-day event each June.