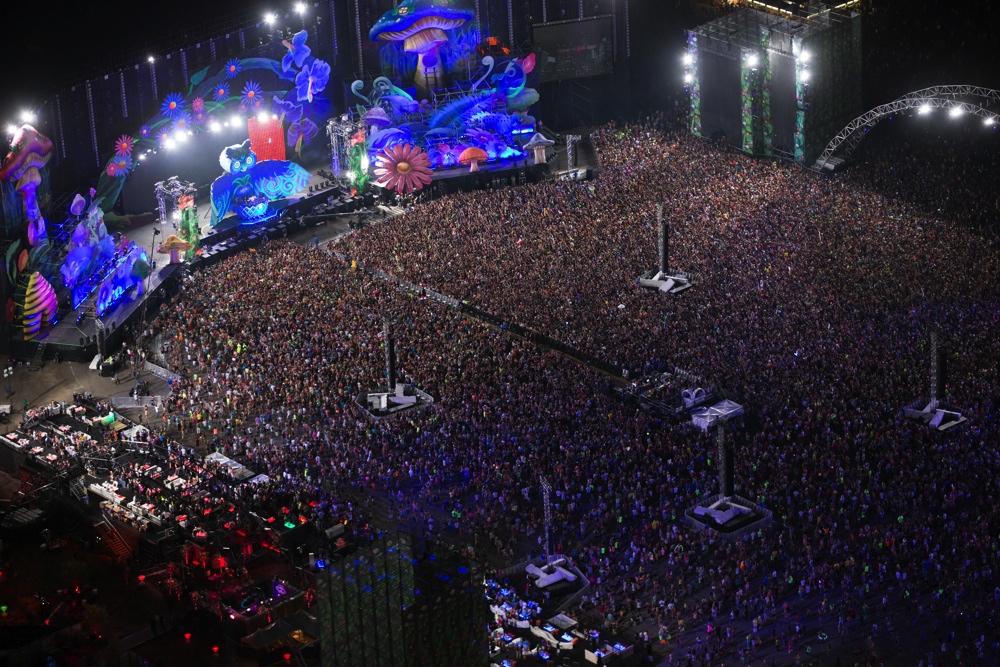 Loyalty tickets — available exclusively for fans who purchased tickets to a previous EDC Las Vegas (2011, 2012, or 2013) — will go on sale for 24 hours beginning at 2 p.m. CST on Mon., Nov. 25. Loyalty buyers will receive a code in their Flavorus.com ticketing account to use when purchasing these tickets.

EDC Las Vegas 2014 tickets will start at $249 for general admission three-day passes, available to ages 18 and older. VIP tickets begin at $499 for 21+. A layaway payment plan option will be available. Single day tickets will not be sold.

Today’s date and presale announcement was made alongside the release of a seven minute mini-movie (below), which featured highlights from EDC Las Vegas 2013.

A feature-length film on the EDC phenomenon is in the final stages of development and will be released to theaters in early 2014.

The 2014 event will be the 18th edition of Insomniac’s flagship festival, the fourth annual held at the Las Vegas Motor Speedway. Over 115,000 total fans attended the sold-out 2013 event.

Insomniac will again host EDC Week, June 17-23, 2014, featuring a mixture of nightclub and dayclub events across the Las Vegas strip, in addition to the third annual EDMbiz conference and the launch of a new dance music awards show.