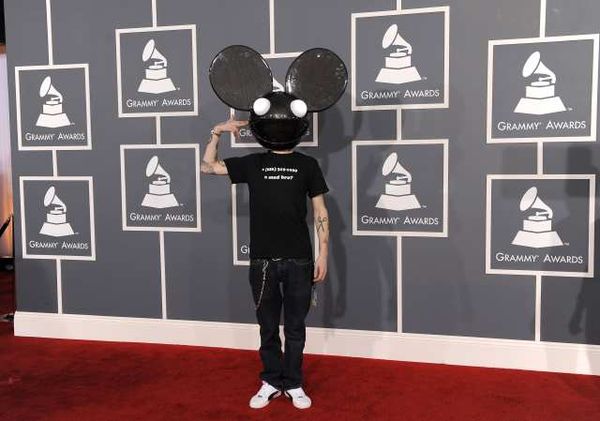 The 55th Annual Grammy Award nominations list was revealed tonight in advance of the 2013 Grammy Award show on Feb 10.

And if you’re thinking the Grammy’s give attention only to mainstream pop, hip hop and country stars, you’d be wrong. In fact, the nominations list covers almost every major musical genre…you just may not see some of the awards presented in the televised broadcast.

EDM producers are nominated in a number of categories, including Best Dance Recording and Best Dance/Electronica Album. There are no major surprises in the list with Skrillex and Deadmau5 making more than one appearance each.

Steve Aoki‘s nomination in Best Dance/Electronic Album is sure to raise a few eyebrows as he’s better known for his over-the-top cake-in-face performances above anything else.

Up-and-coming producer Tommy Trash makes an appearance on the Best Remixed Recording list for his remix of Deadmau5’s “The Veldt.”

Diplo is the only recognizable name in the Producer of the Year category and it’s certainly well deserved, having produced major his including Usher’s “Climax,” Bieber’s “Thought of You,” Alex Clare’s “Too Close,” and No Doubt’s “Push and Shove,” among others.

And one last thing…we really have no idea who this Al Walser character is or how he made the list.

Here’s the full list. Feel free to leave your thoughts in the comments.

Check out the full list of nominees for all genres here.