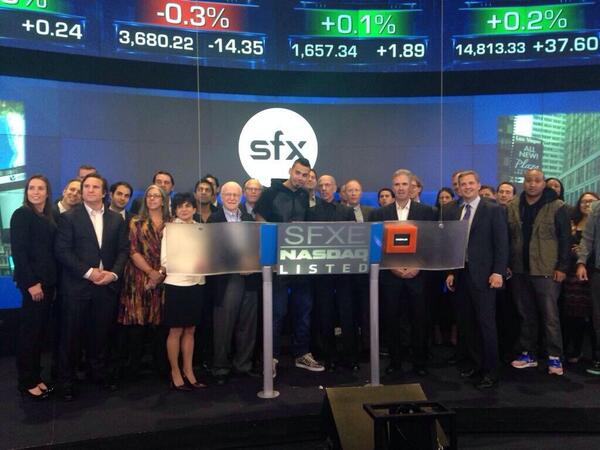 From humble underground beginnings, dance music in the U.S. has grown large enough to gain the attention of Wall Street investors.

Trading under the Nasdaq ticket symbol SFXE, the New York Times yesterday reported the company’s initial public offering would be priced at $13, on the high end of the originally estimated $11-13 range.

At the closing bell today — which was physically rung by Sillerman alongside DJ superstar Afrojack — the stock slipped $1.11 to end trading at $11.89 a share.

“It’s debatable whether this is a fad or not,” said Rich Tullo, an analyst at Albert Fried & Company, in an interview with the New York Times. “But this is not Wall Street speculating on demand. Bodies are going.”

Sillerman’s primary competition appears to be Live Nation, a company he himself helped build in the 1990s. Live Nation announced a partnership with Insomniac Events, producer of the Electric Daisy Carnival series, in June.