Fans to SFX: Don’t mess with our Forest 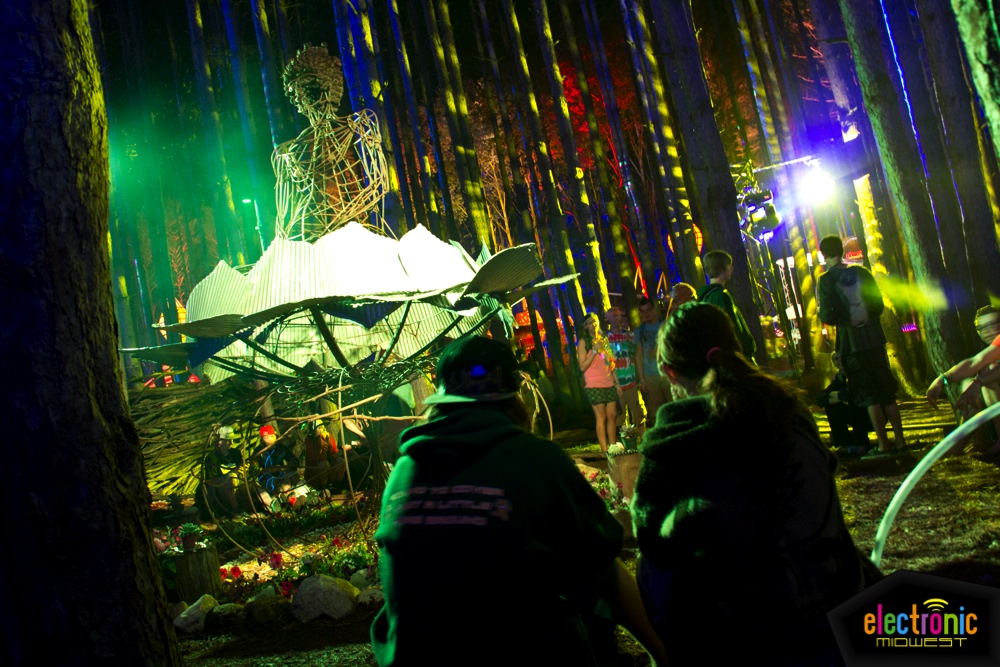 After news spread yesterday that Electric Forest organizers had filed a court motion to prevent owners of the festival site from severing their long term lease agreement, fans were quick to use social media to express their concerns.

Electric Forest organizers posted a message to Facebook and Twitter late yesterday assuring fans that the “show would go on” despite current legal issues.

SFX, headed by former Live Nation executive Robert Sillerman, has allegedly offered to bail the struggling land owners out of their hefty debt. Such a move could allow the owners to sever the festival lease agreement and leave Electric Forest without a home. 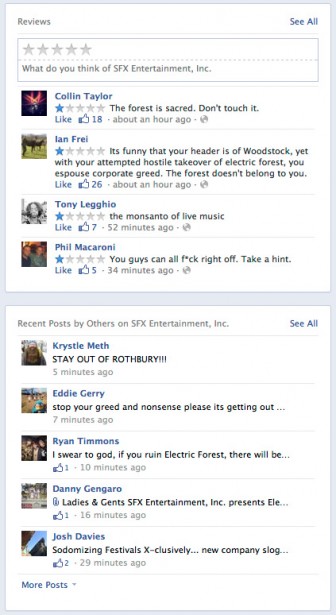 SFX’s surprise involvement struck a nerve among attendees seeking to keep Electric Forest free of influence from a company who’s spent the last 18 months buying up a large chunk of the major dance music companies worldwide.

Fans flocked to SFX’s Facebook page, posting negative ratings and comments urging the company to “stay out of Rothbury.”

“The forest is sacred. Don’t touch it,” commented Collin Taylor, a photographer at Live Edits Lab and fan who’s attended the past three Electric Forests.

“The forest doesn’t belong to you,” read another post by Ian Frei.

SFX has since disabled the ability to post to its wall or make reviews, though the comments sections on individual posts continue to be flooded by upset fans.

“There is absolutely no truth to the rumor that SFX is doing anything to halt Electric Forest,” an unnamed SFX spokesperson told SPIN magazine in a statement today.

“In fact, we agreed to rescue the property owner and then another party began a legal proceeding, much to our surprise. Electric Forest is a great festival held on a great site. We regret the actions of others, but we assure all fans of Electronic Music that we only are interested in expanding the offerings available to EMC [Electronic Music Culture] fans.”

A petition, created by Jamie Cosentino, began circulating today urging decision makers “to allow the festival to run as scheduled.” The petition had obtained just over 300 of its 10,000 signature goal when this article was published.

Fans also threatened to flood the mailboxes of a representative from SFX’s public relations firm, whose contact information was posted on forums and Facebook groups yesterday.

Editor’s note: A better explanation of the ongoing financial and legal problems at Double JJ Resort can be found in our initial article published yesterday.