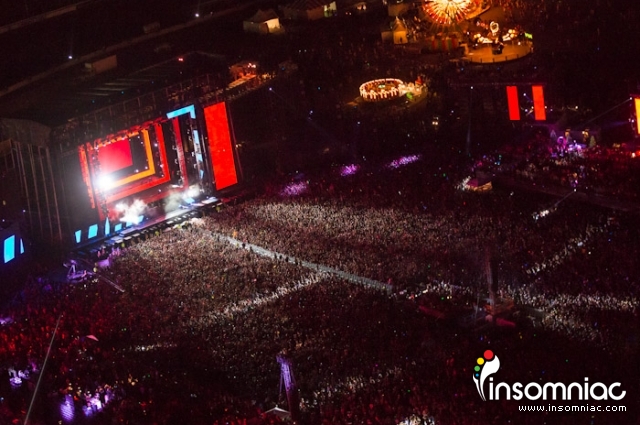 Entertainment conglomerate Live Nation is reportedly in talks to invest $50 million in Insomniac Events, the creator of Electric Daisy Carnival and a handful of other festivals.

The news was first reported by The Wall Street Journal earlier today and The Los Angeles times later reported, “a person with knowledge of the matter confirmed.”

The investment would give Live Nation roughly a 50% interest in the company, though some sources are reporting the number corresponds to a majority stake.

Insomniac, its CEO Pasquale Rotella, and Live Nation remain quiet on the matter.

Rotella’s company has been highly sought after for some time now, with Robert Sillerman’s SFX Entertinament reportedly offering $100 million to purchase the company last year. Sillerman has already scooped up EDM brands Life in Color, Tomorrowland, Sensation, Q-dance, and Tomorrowworld.

At Insomniac’s own EDMbiz conference in Las Vegas last June, Rotella admitted he was open to selling a stake in his company, but only if it led to a better fan experience.

“If it’s a public company you don’t have the freedom to make choices that make sense,” Rotella told the crowd.

If the deal is successful, Insomniac would join fellow EDM brands HARD Events, Cream, and Creamfields as part of the Live Nation family.