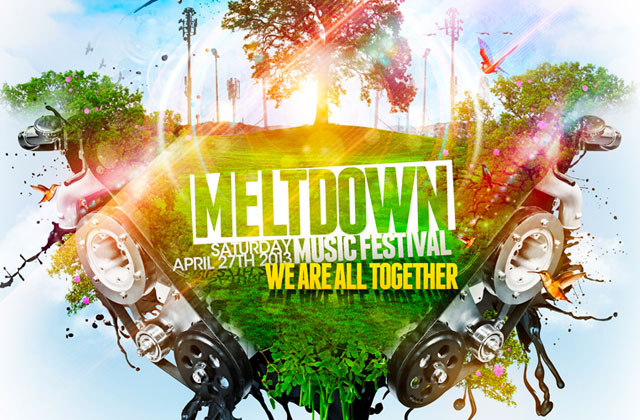 The list of performers has yet to be announced but the 2012 festival lineup included Pretty Lights, Passion Pit, Steve Angello, Flux Pavillion, Feed Me, Adventure Club, Sander Van Doorn, The M Machine, Krewella, and more.

The last weekend in April has historically been the date of Insomniac’s Nocturnal Wonderland Texas, held outside Austin. There’s been no official announcement from Insomniac on the fate of that festival but Insomniac CEO Pasquale Rotella has publicly stated via Twitter he was unsure if the festival would happen this spring.

Furthermore, Disco Donnie Presents — a cosponsor of Meltdown — was involved in the promotion of last year’s Nocturnal Wonderland, so it’s safe to assume Meltdown will be the only EDM festival in Texas on April 27.

Various rumors have been floating around the festival’s Facebook pages that Insomniac may try to instead produce Nocturnal Wonderland Texas in September.