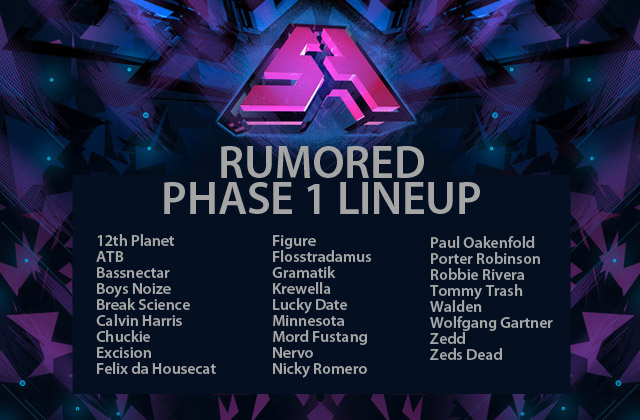 While some of the names on the leaked list have been previously confirmed in announcements by organizer React Presents and the artists themselves, the others can only be considered rumored until further official announcements are made.

React Presents teased via their Facebook page that an “important announcement” would be made next week, presumably the revealing of this very list.