Tickets on sale now for the return of Something Wonderful festival to Dallas-Ft. Worth 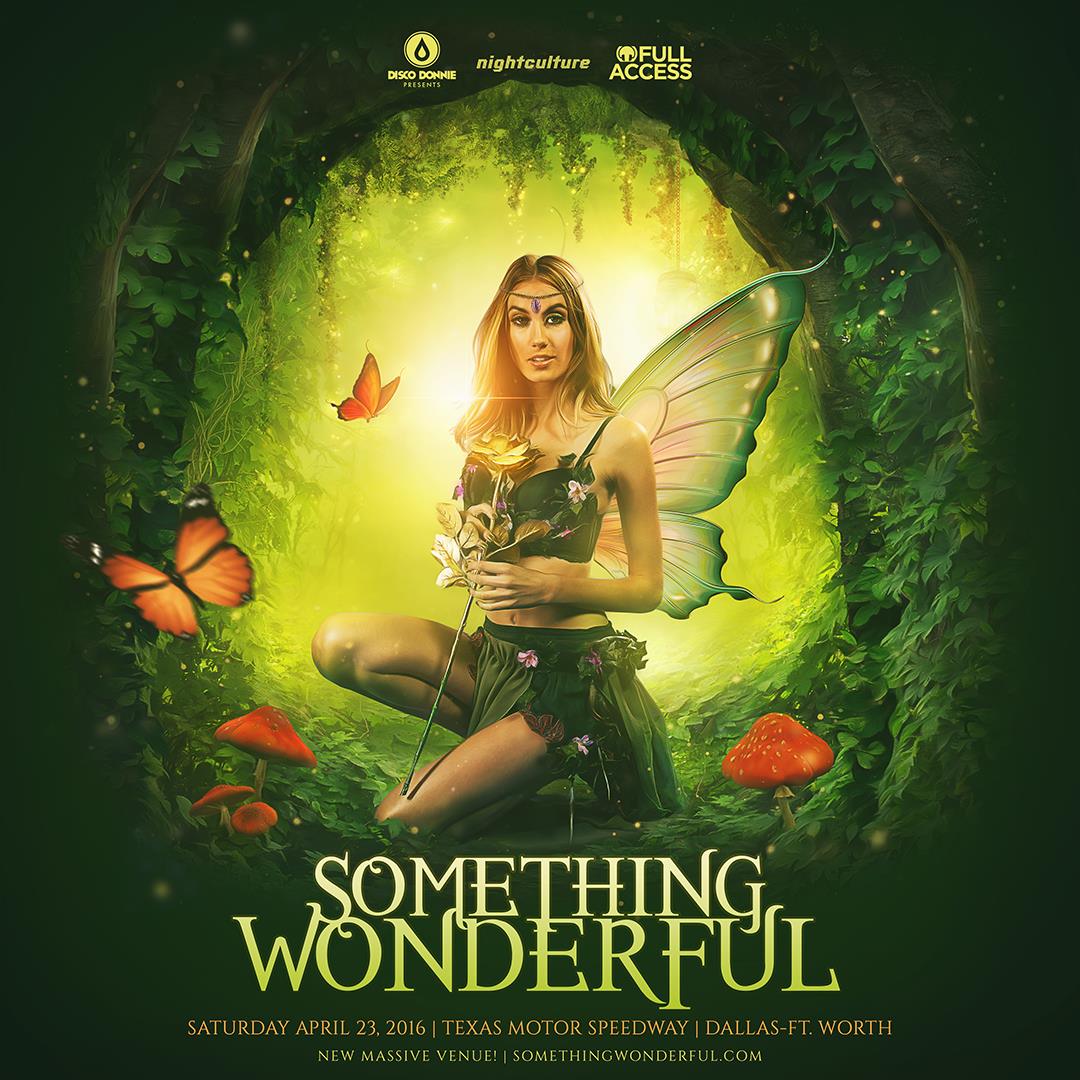 Tickets are on sale now for Something Wonderful festival, set for April 23, 2016 at the Texas Motor Speedway in Ft. Worth, Tex.

General admission tickets for the one-day festival are priced at $69. VIP passes are $119. Both ticket types and a variety of upgrades can be purchased here.

The 2016 lineup has not yet been released.

Something Wonderful is a sister festival of Something Wicked, held each October in Houston. Both are produced by Disco Donnie Presents in cooperation with Full Access and Night Culture.