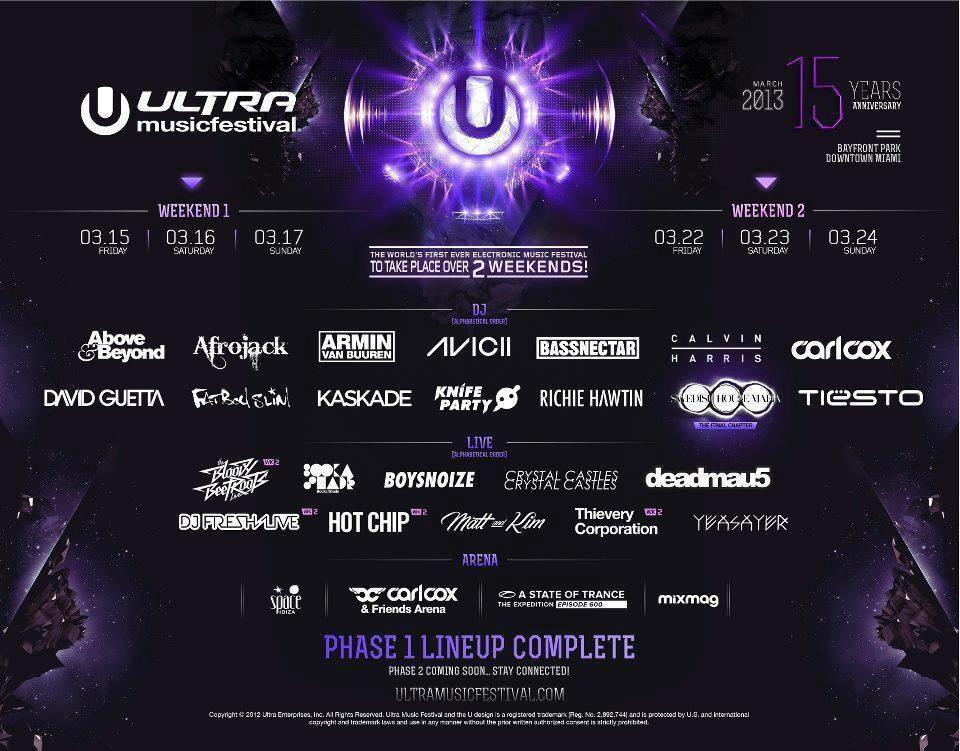 Ultra Music Festival released the full phase one lineup via social media this evening for the widely popular spring Miami event, though artist rumors had been swirling throughout the day and an announcement was thought to be set for release on January 3. A post on Ultra’s Facebook page revealed they would start promoting the lineup with flyers at events around the country this NYE weekend.

Ultra will occupy two back-to-back weekends in 2013 at Bayfront Park in downtown Miami, Fla. — March 15-17 and March 22-24. The same artists will perform both weekends.

Deadmau5 and Armin Van Buuren were already tapped to perform Ultra 2013 and Swedish House Mafia announced they’d make their final performance as a trio at the Ultra.

A phase two lineup is expected soon. Tickets are still on sale for individual weekends and multi-weekend passes via ultramusicfestival.com.