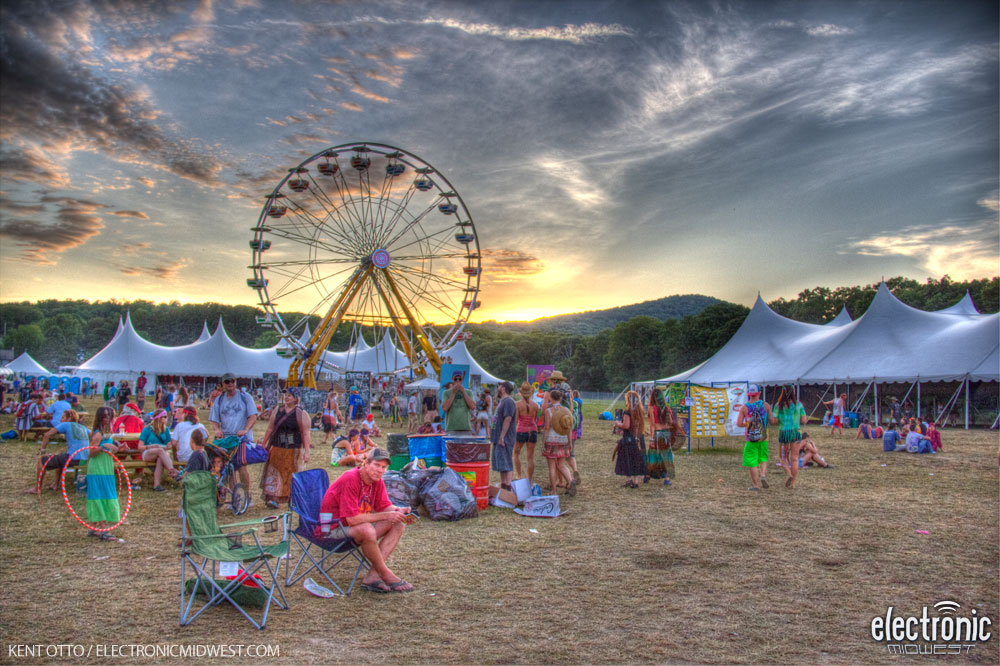 Wakarusa organizers today put the finishing touches on the lineup for the 2013 festival, celebrating its 10th anniversary this May 30 through June 2 near Ozark, Ark. 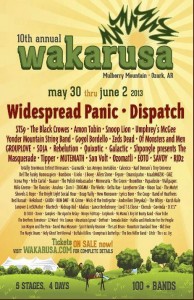 This rounds out an outstanding diverse lineup featuring everything from indie rock to bluegrass to hip hop and dubstep. The final list of over 100+ performers is dominated by Widespread Panic, Dispatch, Amon Tobin, Umphrey’s McGee, Zeds Dead, Of Monsters and Men, Yonder Mountain String Band and countless others added in the phase one and two announcements.

Apart from the 2013 lineup choices — and in the midst of a near over-saturation of summertime music festivals — Wakarusa dramatically stands apart from the rest.

There are no luxury hotels. No cityscape in the background. No restaurants or nightclubs for miles and miles.

Reality is nothing but a faint whisper washed out by Mulberry Mountain’s electric, yet natural purr.

With the ancient Boston Mountains as the backdrop, natural waterfalls a trail walk away, worldwide recognized musical talent spread across multiple stages, and a campground filled with the nicest, most eclectic folks you’ll ever meet, you’ll be wishing Wakarusa was your year-round reality.

A variety of ticket and camping (tent and RV) options are available and on sale at wakarusa.com.

See you on the Mountain!