Rusko throws party on stage, does it live in Springfield, Mo. 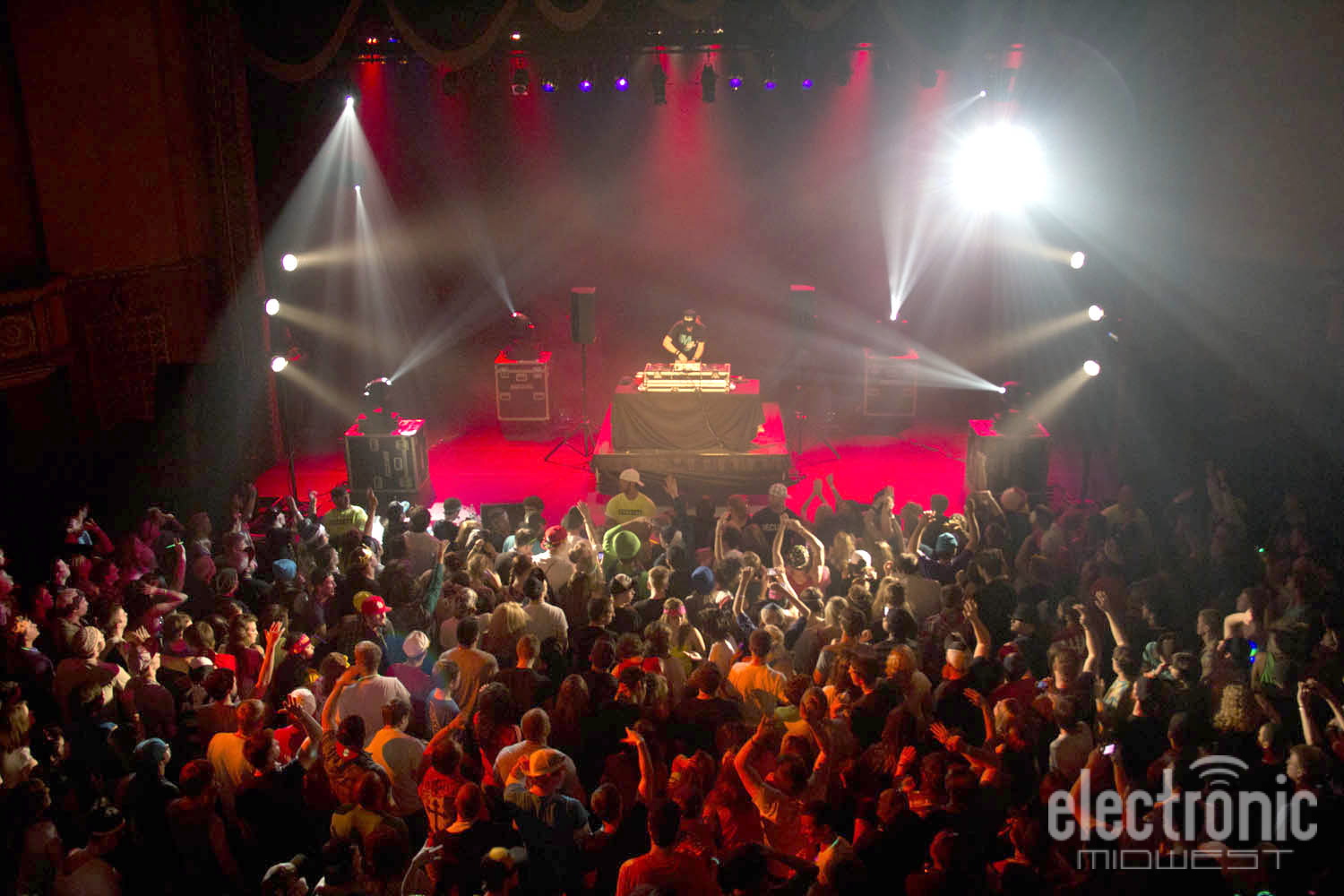 Rusko sure knows how to speak to his audience. And party like them too.

English producer Rusko, known as a modern dubstep pioneer, hit the Gillioz Theatre in Springfield, Mo. on February 28. Guzzling a bottle of Grey Goose throughout the night, it was hard to notice this was the 23rd of 24 shows in his intense February college tour schedule.

Rusko‘s high-energy set featured a good deal of his own releases but also plenty of remixes and tracks from his upcoming album “SONGS.” At times, he even provided lyrics himself. A personal favorite was his use of Spenca’s “Do It Live,” which samples clips from Bill O’Reilly’s famous television freakout. Amazing.

In addition to his constant conversational interaction with the crowd, Rusko is just plain entertaining to watch. There were few moments when he wasn’t dancing or wiggling across the stage. A highlight of the evening was his performance while spinning Flinch’s “Light it Up” when he chose to literally light it up right on stage. But not before apologizing to event security in advance. 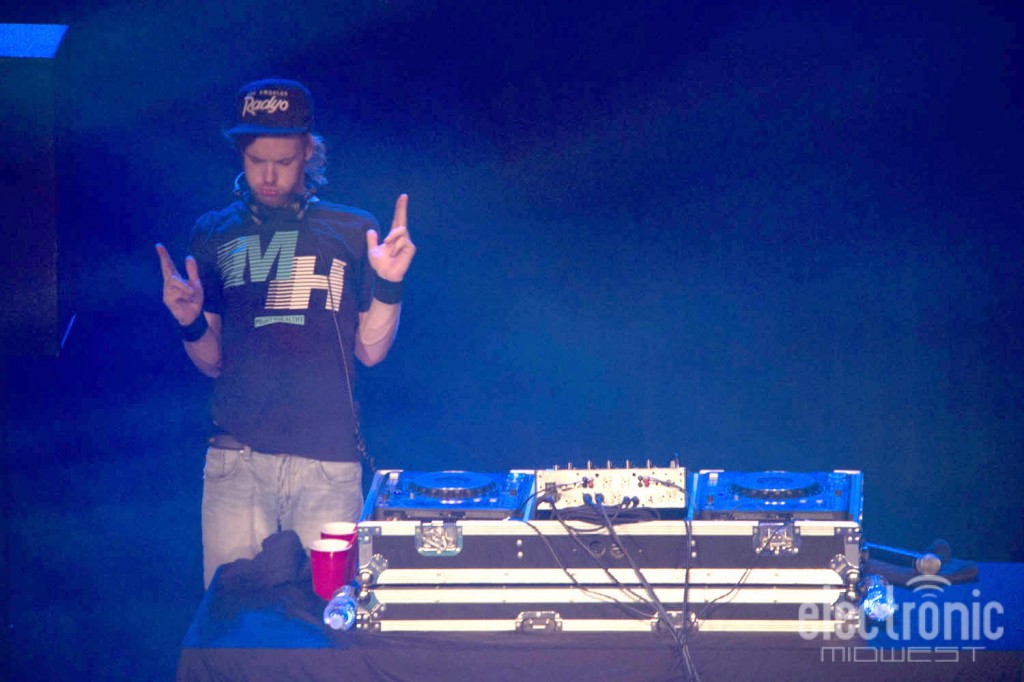 The size and enthusiasm of crowds can vary when you venture into smaller markets, but Springfield continues to impress me. Frankly I’m not sure where most of these EDM concert goers hideout the rest of the time, but they sure come out in full force for these tour shows, complete with costumes and plenty of kandi to share.

The only piece lacking in this show was the visual effects. Beyond standard motion lighting, there were no video screens, backdrops or stage props. I’ve seen videos of this tour in other locations that did include some video screens, so it’s possible they just weren’t able to make it happen in this venue.

This was the first EDM show I’ve seen hosted at the Gillioz and although I had some concerns at first about the setup of the venue, I could see this being a go-to place for future electronic tour stops in Springfield. Having removed the first section of floor seating, there was a perfect amount of standing room in the middle and front along with seats in the back of the theatre for those who couldn’t handle a full night on their feet.

Security was a little more strict than usual and it appeared the Gillioz staff members working the event were nervous that the crowd would get too rowdy. Perhaps this is because they haven’t hosted a show like this before (to my knowledge) and are protective of this newly renovated historic theatre. I watched them evict a few people from the theatre, one they even carried out. I don’t know what the circumstances were, but it seemed like a little more force was used than necessary. The idea of PLUR (Peace, Love, Unity, Respect) certainly doesn’t resonate with everyone, audience and staff included. 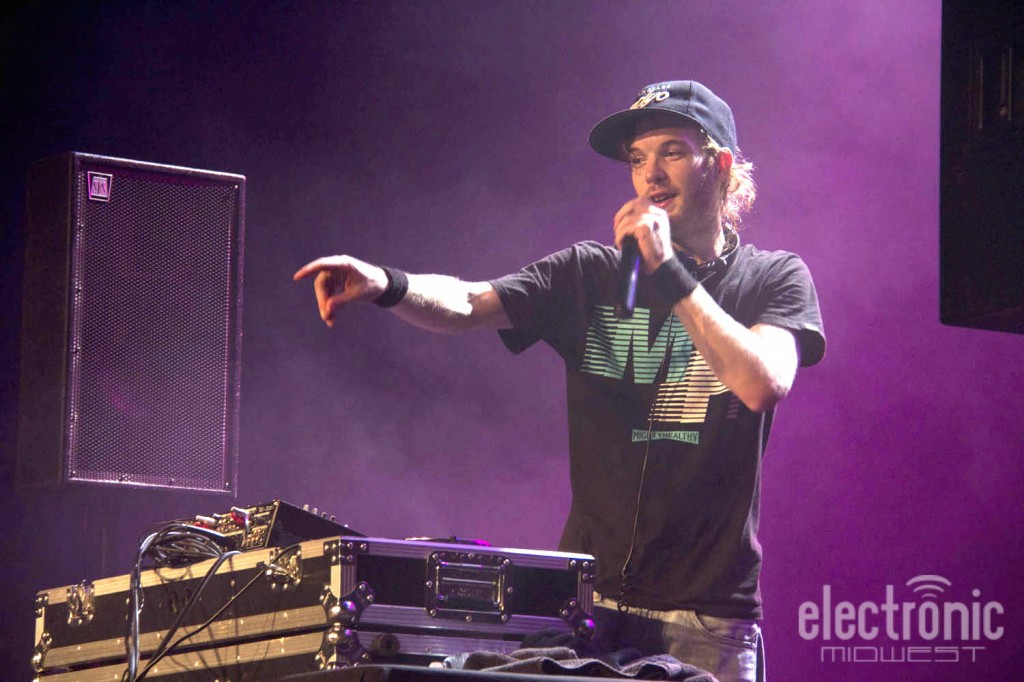 Rusko will release his second studio album titled “SONGS” on March 26. The album includes the single “Somebody To Love” and 13 other new tracks. You can pre-order the album on Ruko’s website and also download the free “Rusko Remix Collection 2006-2011.”

Having just finished the college tour, Rusko doesn’t rest much as he’s returning to the UK for several shows before kicking off another round of North American tour dates on April 20.

» You can find more photos from the show here.