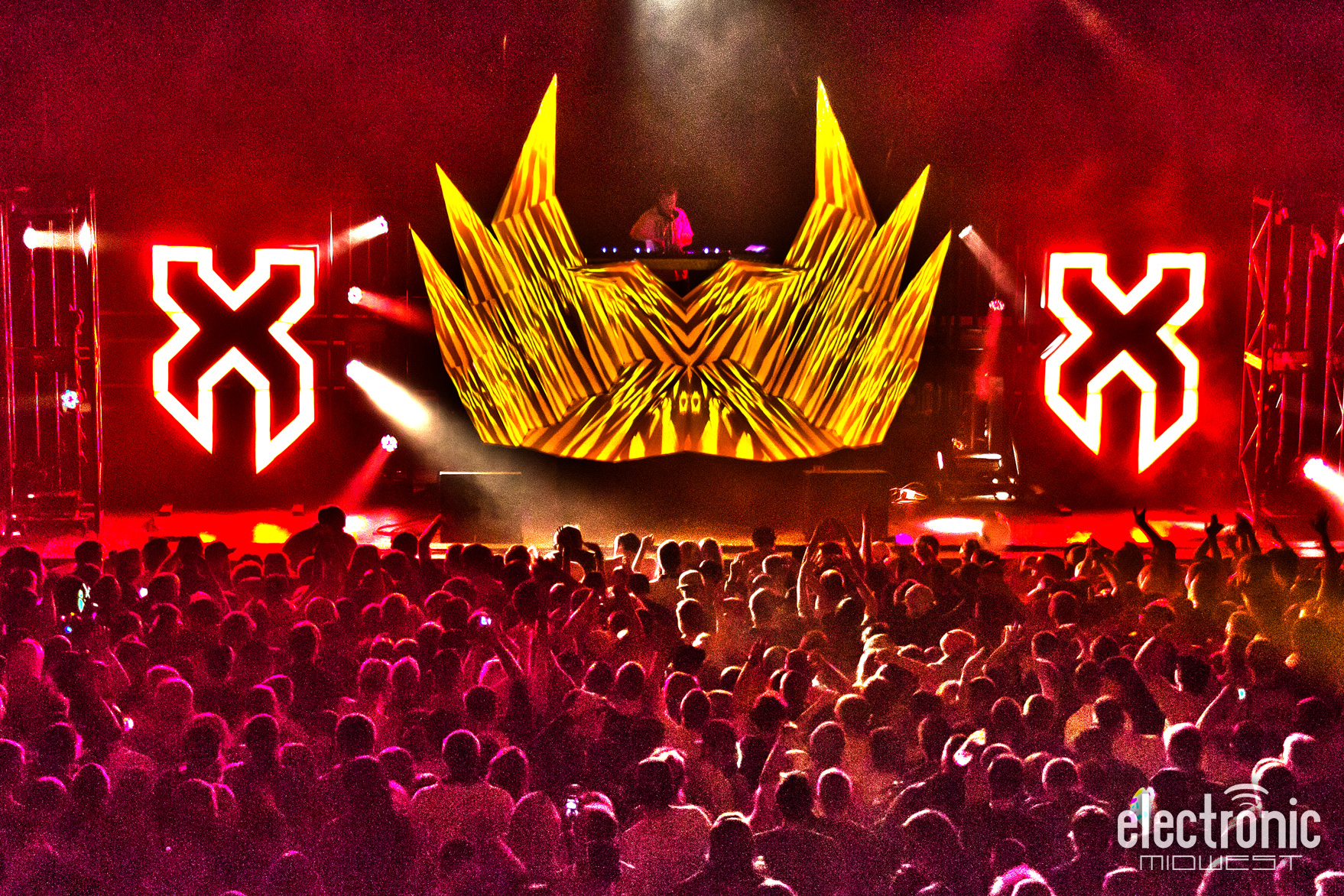 There’s a reason ear plugs are sold in Excision‘s own merchandise booth.

Excision’s new PK-built sound system boasts over 100,000 watts of powerful bass and, if you can’t do the math, that’s a lot. Trust me.

“I have never felt anything like that ever in my life,”  commented Facebook fan Maxine Ashley Ramos Jimenez. “The bass was just beyond crazy to where if you were talking your voice sounded like you were talking into a fan….from the GIRLS BATHROOM! Dubstep isn’t really my kind of genre, but Excision was legit.”

More than just volume, this audio was perfectly clean, clear, and crisp. From the front of the crowd, you could literally feel the air pushing out of the subwoofers that lined the entire front of the stage. 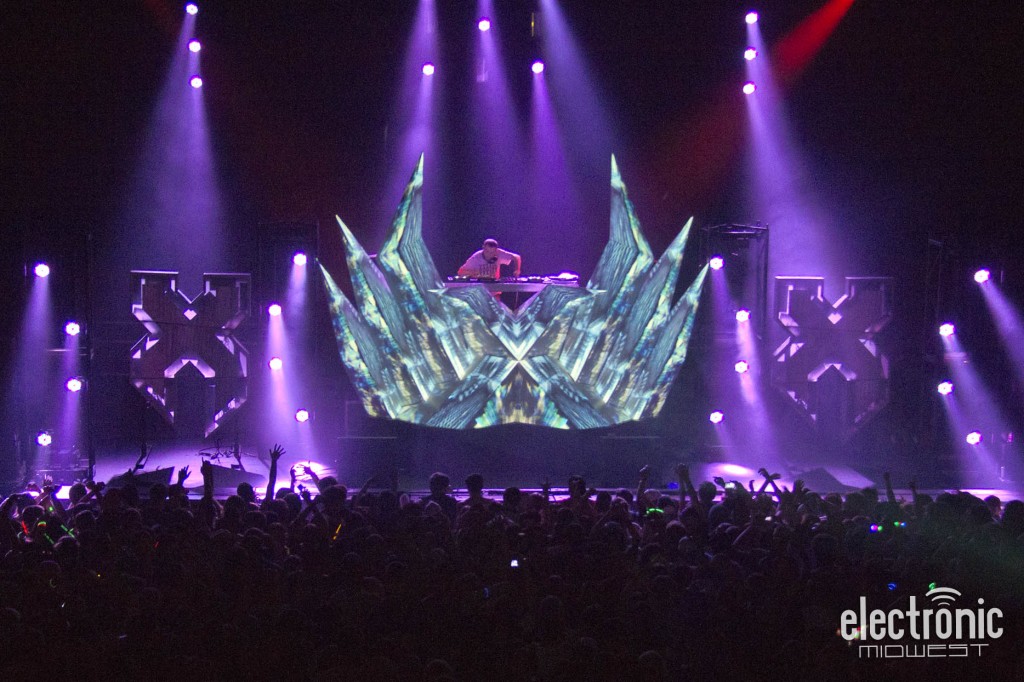 Pieces of The Midland‘s ceiling could even be felt dropping to the floor at points in the evening and I wondered myself how much this historic theatre could actually handle. A richter scale would have certainly registered a significant reading.

Just as impressive were the visual elements of the show. The “X-vision” stage featured a claw-shaped booth with captivating video mapping with images and animation timed perfectly to the music. At one point a mass of skeletons could be scene “climbing” up the front of the booth.

If you aren’t familiar with video mapping, it’s essentially video projected onto a precisely defined area (in this case the booth) and manually controlled so the video lines up with the music cues. This technique is becoming more and more popular and was even used in the half time show of this year’s Superbowl to animate the field below the stage.

Bass and technical elements aside, the music flow was spot-on, with samplings of tracks from his new album “X Rated” along with older and new unreleased remixes. There wasn’t much personal interaction on Excision’s part but it was hard to notice when the floor was vibrating beneath you. Liquid Stranger and Lucky Date were also in the house and provided some great opening sets featuring a variety of dubstep and house music, respectively. I must note also that Lucky Date’s energy level is incredible, often taking off his headphones to jump and dance along with the crowd.

This tour is still making its way across the country. You can catch it in several Midwestern cities through the end of April (schedule below). Just remember, it’s not for the faint of heart.

Danny Stanhope, from our Facebook page, summed up the night best. “If there was a reset button for my heartbeat, Excision pressed it.”

If that doesn’t persuade you to get to the next show, I don’t know what will.

» Check out more photos from the show here.