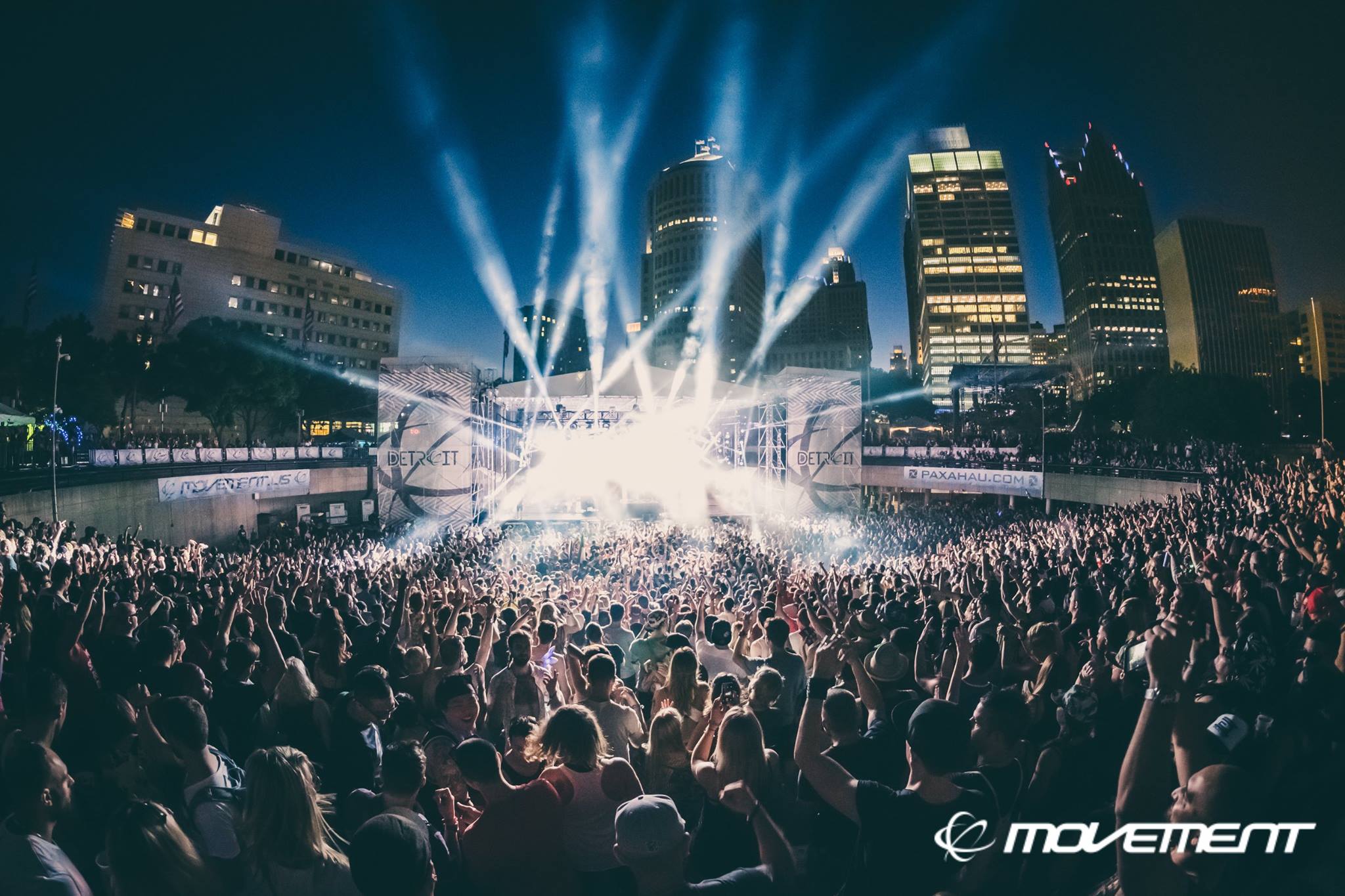 There was a special sort of magic in the air of Detroit over Memorial Day Weekend, a city known worldwide as the birthplace of techno, as the it welcomed the 10-year anniversary of Movement Electronic Music Festival. With six stages highlighting local legends, up-and-comers, and international superstars, the weekend featured incredible performances that far exceeded any initial expectations.

Set in the middle of downtown between towering buildings and the Detroit River, Hart Plaza was transformed into a techno haven for more than 100,000 fans to explore over the course of three days. The culture of Motor City could be seen and felt as festivalgoers wandered the grounds to experience the event’s carefully curated lineup. Unlike other dance music festivals, Movement caters to the sounds of house and techno, meaning the lineup features many names not usually seen on more mainstream festival lineups. 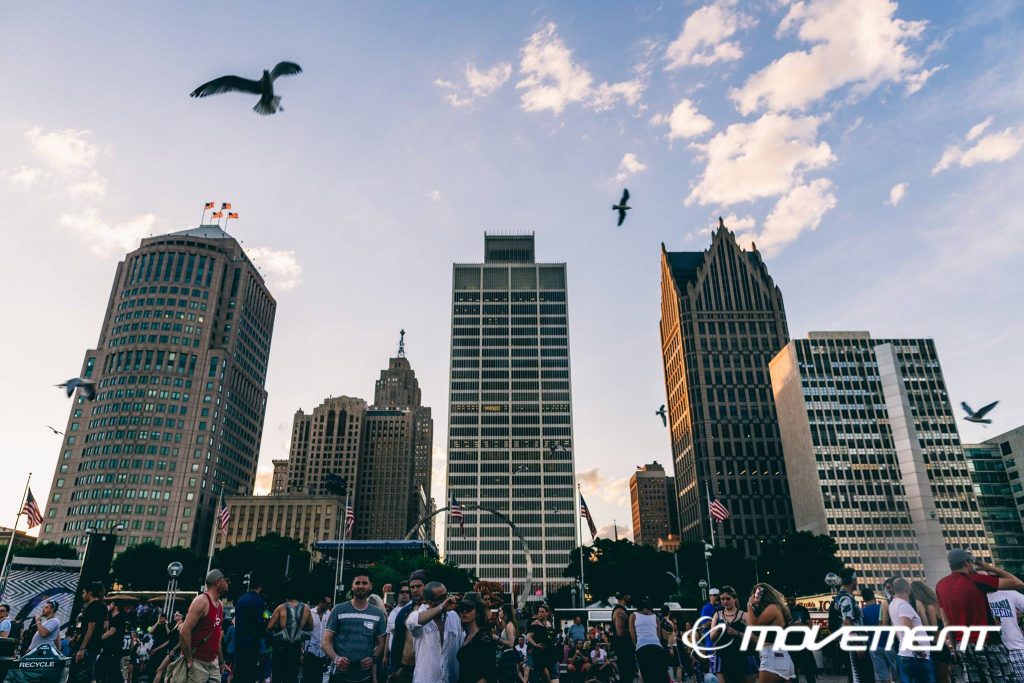 The weekend started off with a bang on opening day with performances from the likes of Seth Troxler, Four Tet, Stacey Pullen, Scuba, Caribou and a highly-anticipated set from Kraftwerk.

The Beatport stage played host to some of the night’s best performances. The stage offered picturesque views as it was sandwiched between a tall pyramid that offered optimum viewing opportunities and the Detroit River. Day one brought a hard-hitting live performances from Guti, Davide Squillace, and a stellar closing performance by Nic Fanciulli.

Maceo Plex enticed the crowd at the main stage with a mix of break beats, dark techno and a blend of harmonizing and intriguing tech-house. The star of the night, however, was Kraftwerk. Throughout the day you could hear mumbles throughout the crowd anticipating the legendary group’s performance. The set was an audio-visual spectacle with the group sporting all-black suits in front of illuminated podiums and giant LED screens. 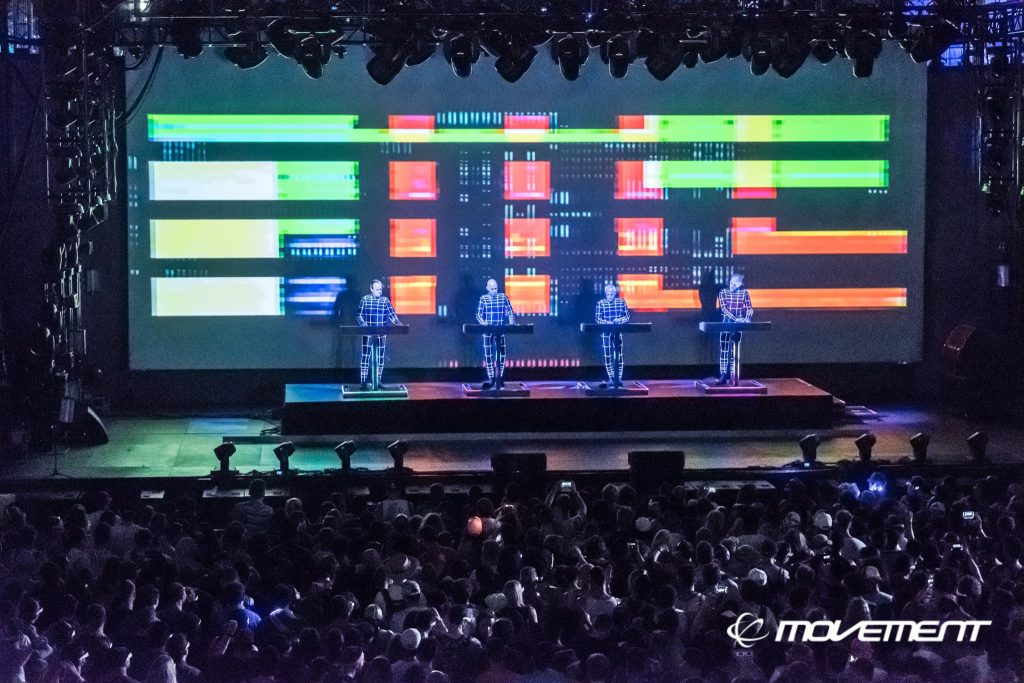 The fire continued strong on day two with early performances by Loren and DJ Tennis at the Opportunity Detroit and Beatport stages, respectively. Over on the main stage, one of the weekend’s standout sets came from Ireland’s Matador. A non-stop dance party, Matador brought out a number of surprise build-ups and drops that had the crowd cheering and begging for more.

Closing out the main stage on Sunday were Adam Beyer followed by the legendary Dubfire. Drumcode’s fearless leader brought an insane performance that packed the amphitheater. His track selection led the crowd on a groove that was infectious from beginning to end. Closing out the festival, techno titan Dubfire brought another highly stimulating audio-visual performance to Detroit. The experience brought 2D and 3D visuals across translucent screens together with Dubfire’s futuristic sound to create a truly immersive experience for festival goers. 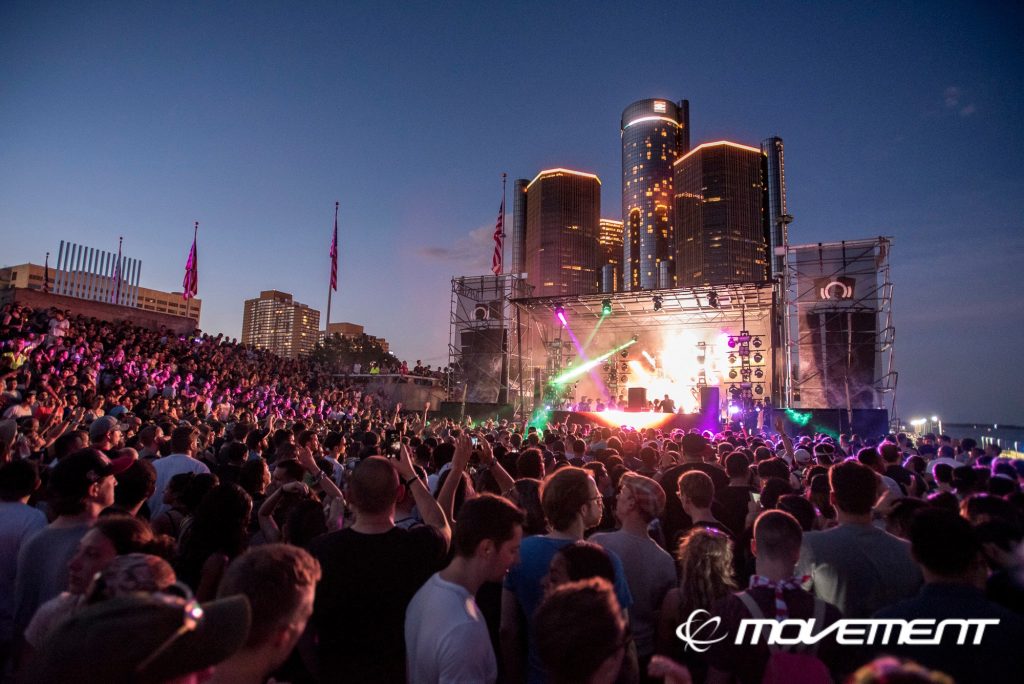 The crowd on the final day of Movement seemed significantly smaller than the previous days but their energy was still high as they got ready for performances from Hito, Marshall Applewhite, Anja Schneider, Boys Noize, and others.

The Made in Detroit Stage by Thump featured a showcase put together by one of the founders of techno, Kevin Saunderson. The stage brought performances by Stacey “Hotwax” Hale, Bruce Bailey, MK and Saunderson himself. His closing performance was kicked off by a special introduction by Saunderson’s son, giving the set a heartfelt beginning.

Over at the Beatport stage, the PLAYdifferently Presents PROTOTYPES Tour took center stage. The lineup saw a last minute change as original closer Richie Hawtin was forced to cancel his festival performance due to being unable to receive a U.S. work visa. While disappointing, Movement did not let fans down and replaced Hawtin with the legendary Danny Tenaglia. Another weekend favorite was the two-hour set by Joseph Capriatti. He brought an incredible energy to the stage and nearly caused a frenzy in the crowd as fans on the dance floor whipped water bottles, beer and virtually any other liquid through the air during the middle of his set. 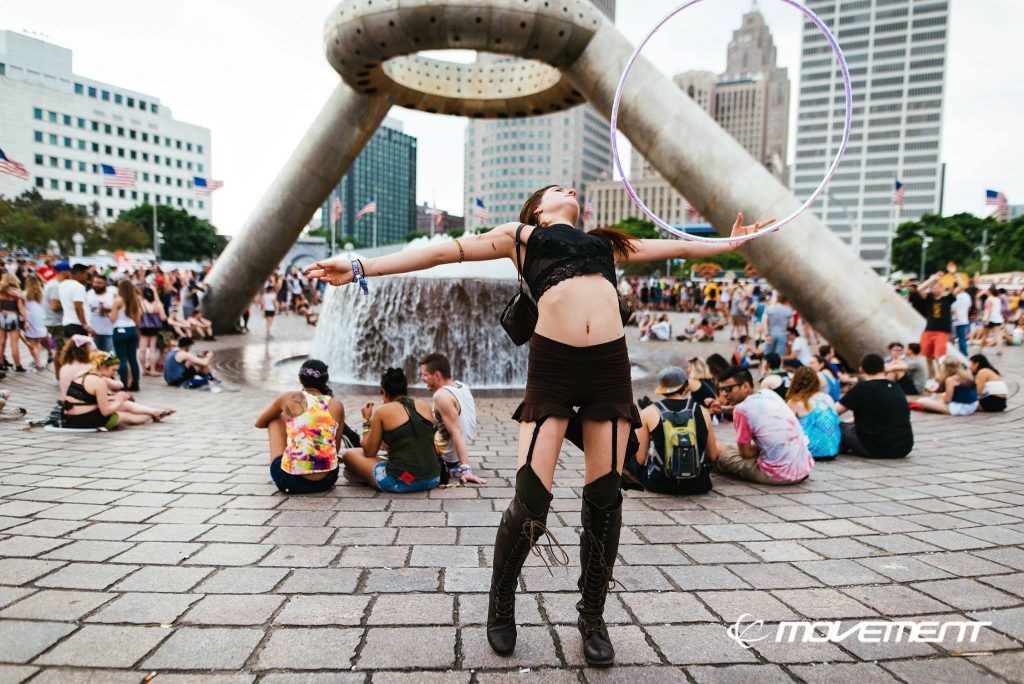 Aside from the music, Movement really shined with its seamless layout inside Hart Plaza. The grounds were easy to navigate when moving from stage to stage and it never felt overcrowded. Throughout the concrete plaza was ample room to sit or dance with plenty of areas for shade especially near the Red Bull Music Academy Stage. Bouncing between the main stage, Underground stage and Thump’s Made in Detroit was simple as stairs and walkways flowed between each stage.

The 10-year anniversary of Movement Music Festival proved to be a shining star for the city of Detroit. Even with hot, humid temperatures and a couple small bouts of rain throughout the weekend, the festival never missed a beat.