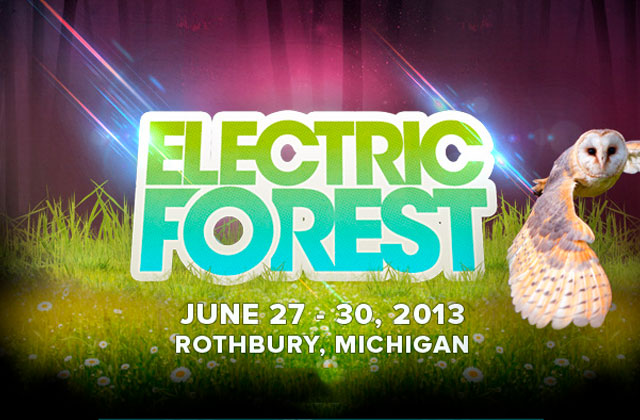 Confirming what we reported earlier this week, Electric Forest 2013 has announced its return to the Double JJ Resort in Rothbury, Mich. this June 27-30.

The news came today via an official date announcement video posted to the festival’s Facebook and YouTube accounts (available below).

The teaser video mentions Electric Forest 2013 will be “back and bigger than ever,” hinting at expansions plans that we also reported earlier this week. Such plans could lead to in increase in the maximum capacity to 40,000 (from 25,000 in 2012) and the use of almost double the land for festival grounds.

The teaser image posted on the Electric Forest website and their Facebook page includes a prominent image of an owl, which has become an iconic image for the festival’s co-promoter Insomniac Events, possibly hinting that Insomniac will play a greater role in the production of this year’s event alongside Madison House Presents.

There has been no mention of ticket on-sale dates or lineup, though one artist’s Songkick page — RL Grime — has a June 27 Electric Forest performance listed.