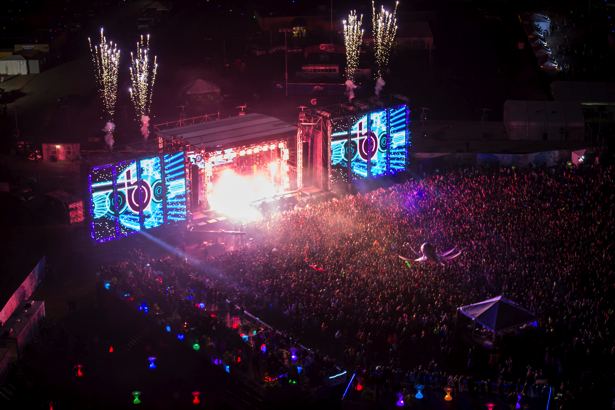 A new award show dedicated solely to electronic dance music will debut in Las Vegas next year, partners Insomniac and dick clark productions (DCP) announced during today’s EDMbiz conference held at The Cosmopolitan of Las Vegas. The show will serve as the premier industry showcase for the genre’s best work each year.

The inaugural celebration of dance music will launch in Las Vegas during Electric Daisy Carnival (EDC) week in 2014 with an energy-filled event that will honor the most creative minds in dance music.

“Creating an award show focused on all the creative components that contribute to the success of dance music (music, art, production and lighting) has been a dream of mine for years,” said Pasquale Rotella, Founder and CEO of Insomniac.

“Partnering with dick clark productions was an easy decision given their experience producing the Golden Globes and the American Music Awards. I’m confident that our partnership will create an event that is focused on recognizing creativity without politics, and that it will celebrate all the elements that go into making dance music such a beautiful experience for the fans.”

“EDM is the fastest growing segment of the music industry, encompassing recorded music, live events and lifestyle. It’s truly international,” said Allen Shapiro, CEO of dick clark productions. “DCP is the largest producer of music awards shows in the industry and Insomniac has been at the forefront of the EDM movement since they started in 1993. Creating an EDM awards show with Insomniac is the perfect collaboration.”

The inaugural awards show will be a grand celebration for everyone influenced by dance music. Additional details surrounding this exciting announcement will be revealed in the coming months.