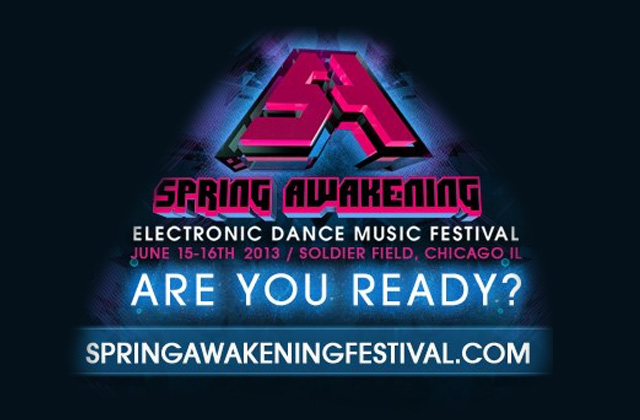 Spring Awakening Music Festival (SAMF) this evening announced via Facebook that the 2013 festival will be held June 15-16, 2013 in Chicago.

These were the suspected dates, occupying the same weekend as last year’s festival. However, after Insomniac announced Electric Daisy Carnival (EDC) would be coming to Chicago this summer and likely over Memorial Day weekend, it wasn’t clear if promoters React Presents would move their event to a later date.

The festival is assumed to return to Soldier Field, the site of the inaugural SAMF and first all-dance festival of its kind in Chicago.

So far, we’ve confirmed that Zeds Dead will play SAMF 2013 on Sat., June 15, according to their Bandsintown listing posted earlier this week.