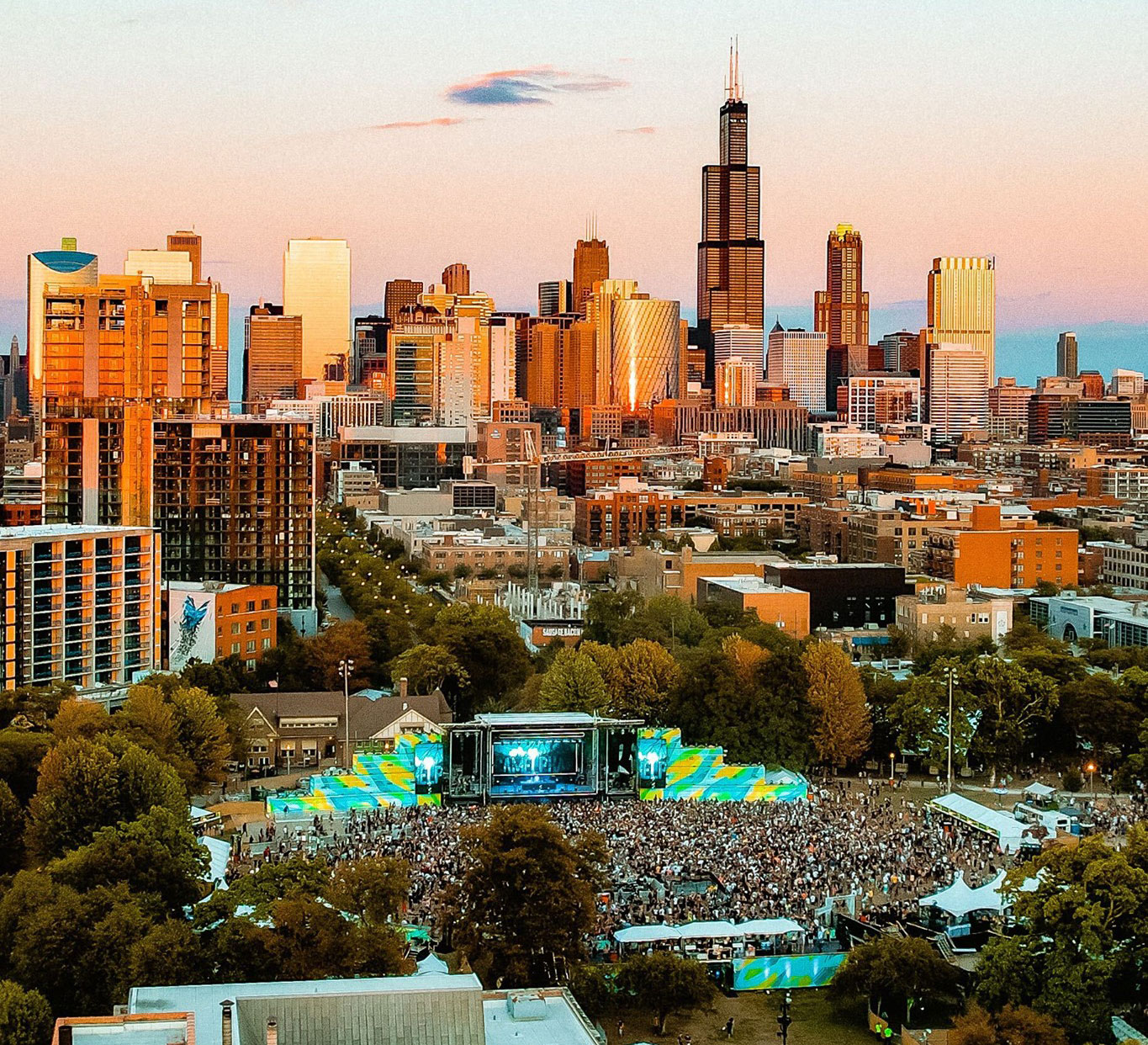 Chicago may be known as the birthplace of house music, but finding a venue in the city — let alone an entire festival — dedicated to the genre is more difficult than you’d think.

Fortunately, local promoter Auris Presents saw an opportunity to host an event showcasing some of the best artists in house and techno, and ARC Music Festival was born. 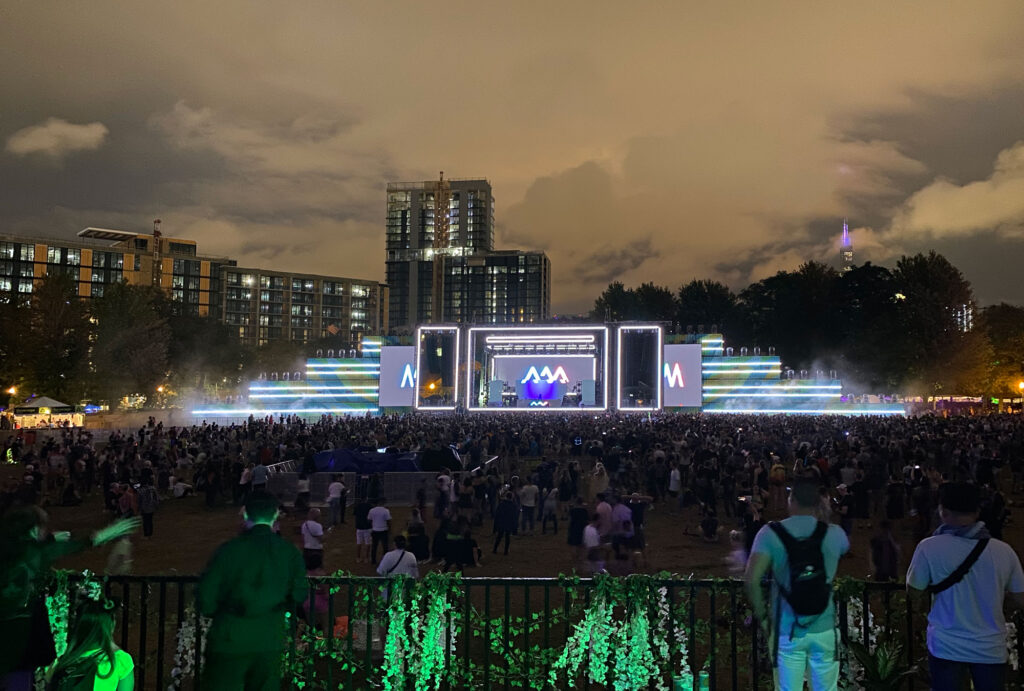 As a devout fan of house music — with almost 20 months since my last large-scale music event — a day at ARC Festival was the perfect reintroduction to live music, while also celebrating Chicago’s musical roots.

The festival was held at Union Park, which is in the heart of the city but distanced from busy tourist areas. With an L station less than a block away, arrival via public transportation was strongly encouraged. Even with a car, it was easy to find an affordable parking garage just a few minutes walk away. 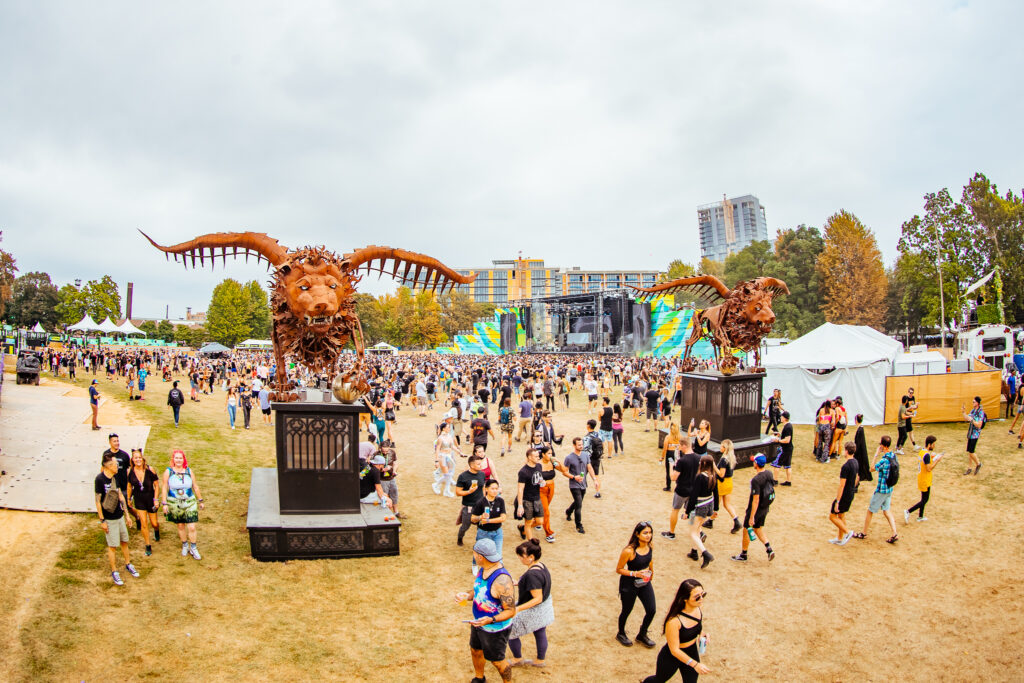 Arriving at 5:30pm on Saturday, entry through the VIP entrance was fast and easy. There also didn’t appear to be lines at the box office or general admission entrances at this point in the day.

The festival grounds were more compact than expected, making it a quick walk between stages but with minimal sound overlap.

Plenty of portable bathrooms could be found next to each stage. There were a handful of food vendors, and just one merch booth.

The only recurring complaints during and after the show were about drink prices (canned beer was $12, cocktails were $18), particularly that bottled water was priced at $7, while Red Bull was actually cheaper at $6. It was both surprising and concerning that there weren’t free water stations, but I learned later that one did actually exist near the entrance, according to the festival map. This should certainly be improved.

The only downside of the venue is the 10 p.m. noise curfew, but ARC also hosted a number of afterparties at various Chicagoland venues.

The festival featured three stages, an art car, and a few art installations. 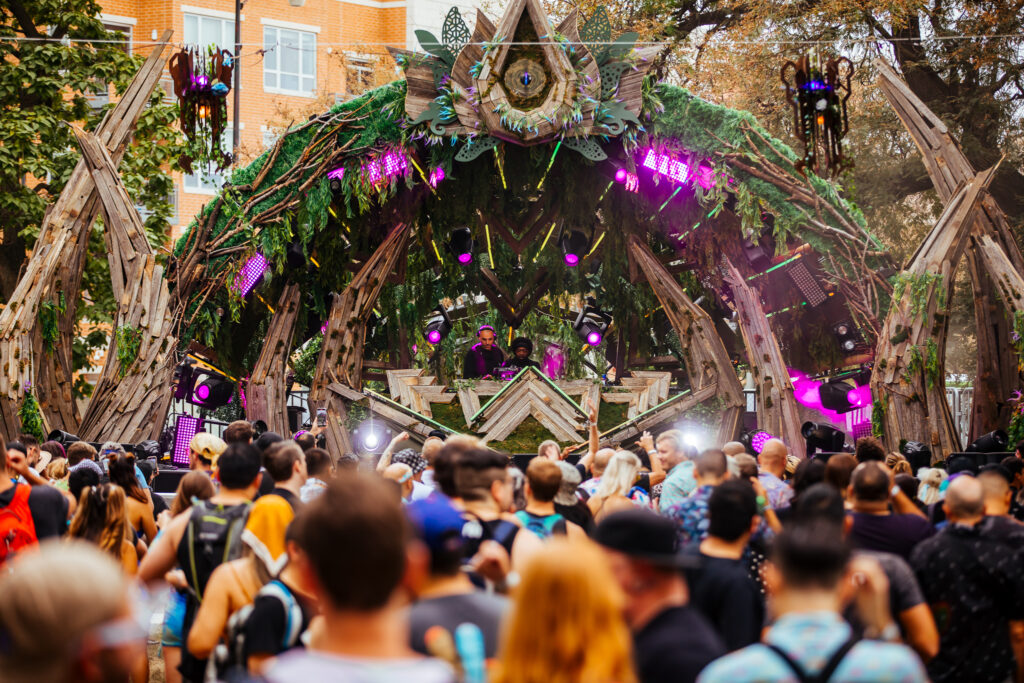 The “Expansions” Tulum-inspired stage felt somewhat tucked away, surrounded by trees and decorated with wood structures, greenery, and Tribal symbols. It brought back many fond memories of festivals in Mexico from years past. 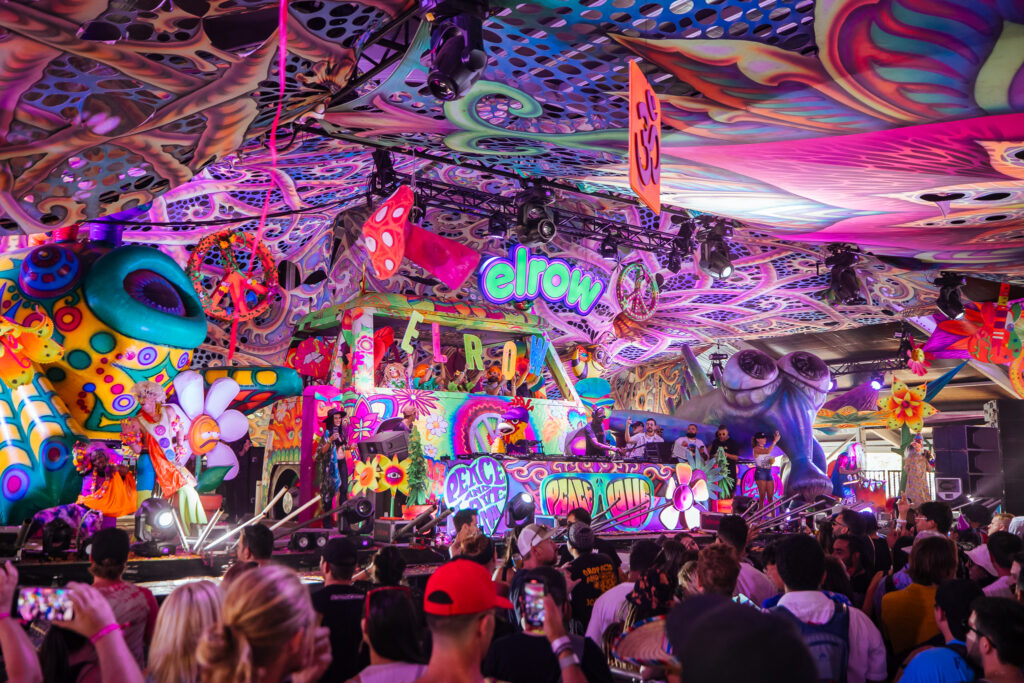 Occasionally a parade of larger-than-life hippie-like characters would march through dancefloor, inflatable props would bounce through the crowd, and confetti cannons would shower the space. The artists booked for this stage complimented the energy level perfectly, easily making this the most fun place to be onsite.

(If you missed this at ARC, you can experience the Elrow takeover at Radius Chicago on Nov. 20.)

The “Arc Car” showcased up-and-coming talent and was surrounded by one of the larger art installations on the lot — a large geometric structure with a spinning icosahedron.

There wasn’t an over-abundance of other artwork, aside from LED-illuminated metal structures sprinkled between stages, and two Steampunk winged beasts greeting guests as they entered the main stage area.

Since ARC was the first large-scale music event I attended in almost 20 months, it admittedly took a moment to reintegrate myself in festival culture.

Before arriving, I wondered how the extended Covid shutdown would impact the way people would interact with one another and overall experience. But, besides having to present proof of vaccination or negative Covid test at entry, it really felt like nothing had changed at all. 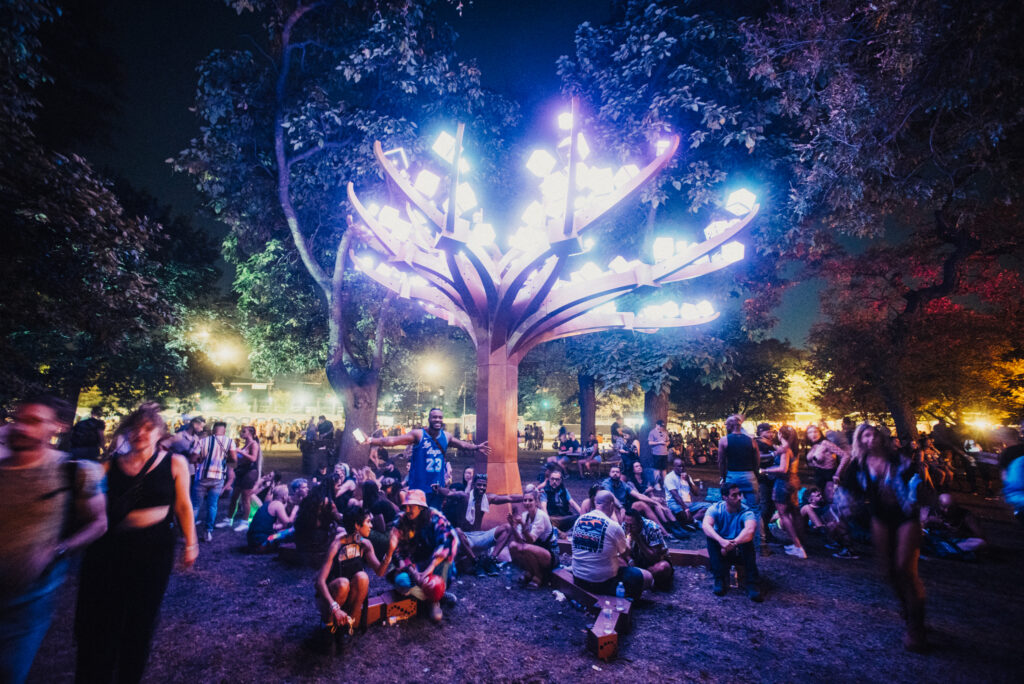 ARC appeared to have attracted a slightly older, more mature and relaxed crowd. In other words: more shuffling, less head banging. While this was expected given the genre, it was refreshing nonetheless.

There were few people sporting “traditional” festival outfits, trading those for casual streetwear and every shade of black clothing possible. It was very much a “come as you are, no expectations” vibe.

ARC pulled off an exceptionally successful event, especially considering the challenges of the past two years. Given the smoothness of the experience, there would be no way to know that this was a first-year fest.

A lineup showcasing so many house music legends and current favorites, painless festival entry, easy navigation between beautifully designed stages, and a respectful crowd all provided a great reintroduction to live music.

House and techno fans should absolutely hold a spot for ARC Music Festival on their 2022 calendars.