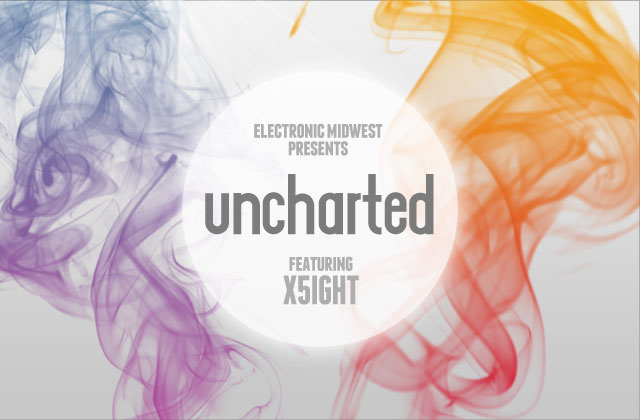 Note: Today we begin an ongoing series known as “Uncharted.” Here we’ll introduce you to up-and-coming DJs and producers from around the region who are well on their way to success in the EDM world.

When not in class or studying for an exam, you’ll likely find Brandon Levinson and Jerry Kurty collaborating on their upcoming album or discussing plans for their next performance — all from their dorm rooms in separate states.

Known together as X5IGHT, the Chicago natives parted ways last fall to pursue undergrad degrees at different schools but the distance apart hasn’t kept them from pursuing their dream of becoming the next EDM sensation.

With Levinson in Indiana and Kurty in Chicago, the duo has been using Skype’s screen sharing feature and other collaborative functions to produce music together remotely (which is also how we conducted this interview).

They’ve only been producing together since November, but both had picked up DJing prior to joining forces.

In fact, the name X5IGHT itself was once Levinson’s own DJ name before the duo formed.

“There is a deeper meaning to the name,” explained Levinson. “But we’re not really sure when we’ll reveal that meaning.”

Inspired by producers Afrojack, Porter Robinson, Krewella, Zedd and other rising stars, the two have released a number of remixes, mashups and originals on their SoundCloud page and currently have plans to release an EP early this spring.

Levinson says what’s been released so far can already be considered their “old sound” and they hope to “turn some heads” with their latest work.

The duo first performed as X5IGHT on New Years Eve, just over a month after they began producing together. When asked how they prepare for a show, they say each individually puts together plans for the set and then merge the two together when they’re able to meet in person before the show.

“It takes a bit of choreography to make multiple people behind the decks work,” said Levinson. “We admire groups like Swedish House Mafia who have developed a way to determine each person’s role in the set.”

While they’re both in their early years of college, Levinson says they’re willing to make music a full-time focus if the opportunity presents itself, following in the footsteps of many other younger producers, including Krewella.

In the meantime, they’re balancing schoolwork and the production of their EP, all while keeping up with a tour schedule that’s becoming increasingly hectic. They’re in discussions with several touring touring shows and national promoters — including Life in Color, Foam ‘N Glow, and Disco Donnie Presents — and are competing for the opportunity to play at some of the larger summertime festivals. (You can help them out by voting for X5IGHT in the Spring Awakening DJ Competition.)

If you’re near Cincinnati, check out X5IGHT as they headline Foam N’ Glow this Saturday, Feb. 23.