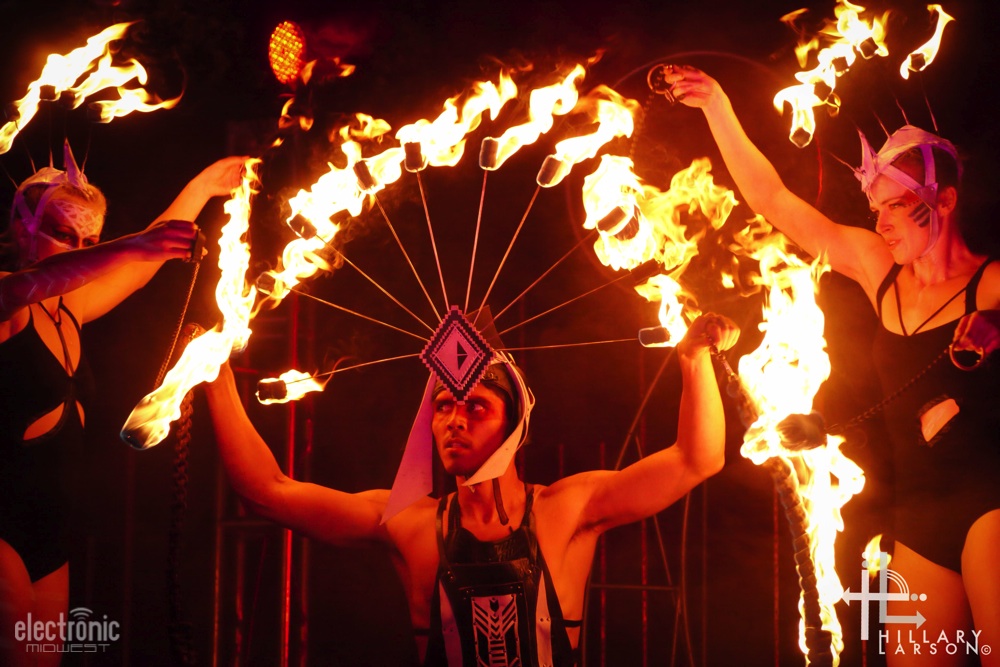 Quixotic — one of the hottest, truly “next level” performance groups — stems from right here in the Midwest. Kansas City, to be exact.

The Quixotic show itself consists of live electronica performed and produced right on stage mixed with aerial acrobatics, dance, fashion, film, and a number of visual effects. This group strives to consistently produce fresh content for shows that goes above and beyond what any other group has attempted.

Here’s a video recap from their live performance at CrossroadsKC at Grinder’s on Saturday, Aug. 11, 2012, a show they performed alongside The Floozies and Emancipator.