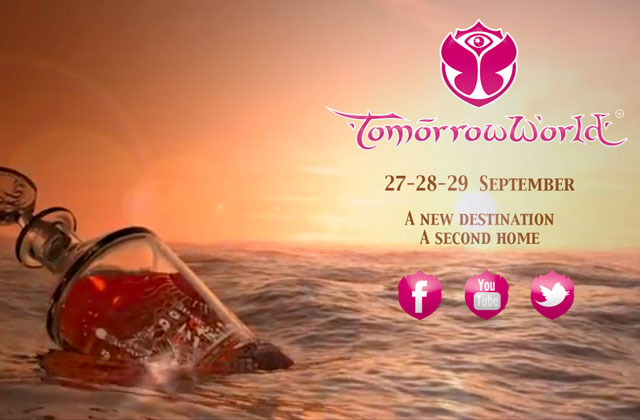 In a highly anticipated announcement, Tomorrowland producers ID&T today confirmed reports from months ago that the world-famous festival brand will expand to a second location.

Dubbed “Tomorrowworld,” the new festival will take place Sept. 27-29, 2013, though the location has not yet been revealed.

This news comes just days after tickets for Tomorrowland’s flagship festival in Belgium, set for July 26-28, sold out within a matter of seconds.

There’s already been considerable speculation online as to where exactly Tomorrowworld will be held, with many assuming it will make its debut in North America.

Dubstep.net’s editor Albert Berdellans (better known as @EDMsnob) took to Twitter this morning claiming the festival would be held outside Atlanta at Bouckaert Farm, the same site as CounterPoint Music Festival.

Tomorrowworld’s planned dates of Sept. 27-29 fall on the same weekend CounterPoint was held last year and the anticipated dates for the 2013 edition.

The future of CounterPoint has been unclear after organizers MCP Presents asked for conditional approval to bring the festival brand to Saugerties, N.Y. MCP later assured fans that “Atlanta is, and always will be, the home of CounterPoint.”

The expansion of the Tomorrowland brand into North America would not be surprising after ID&T successfully sold out their two-night Sensation event in Brooklyn last October.